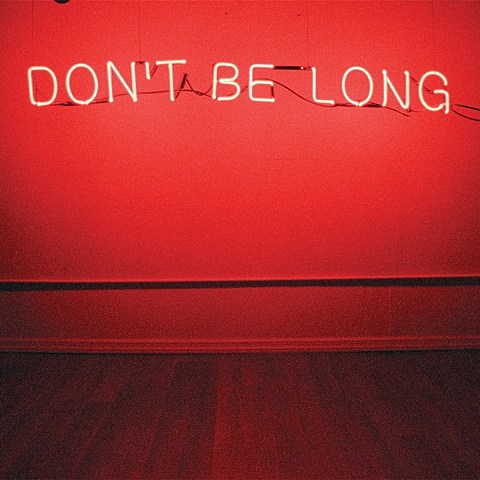 Make Do And Mend came up in the same "New Wave of Post-Hardcore" scene that birthed their pals like La Dispute, Touche Amore, Pianos Become the Teeth and Defeater. Those bands never sounded that similar, but on their recent respective third albums, they especially don't. Now MDAM are ready to get out album #3, Don't Be Long, on February 24 via their own imprint, Stay Close Records in partnership with Rise Records. It has them bringing their Hot Water Music-inspired punk further into alternative rock territory (which in turn sounds a bit like mid-period Rise Against), as you can get a taste of on new single "Each of Us," premiering in this post. Check it out below, and if you like what you hear, you can head to their site to pre-order.

MDAM also have a short tour coming up in March, including a NYC show happening March 27 at The Studio at Webster Hall. (Seriously punks, how many NYC-area shows are you booking that day?) Openers and ticket info TBA, but should be available soon via Ticketweb.

Filed Under: Andrew Sacher, Make Do and Mend
Categories: Music News, tour dates
Comments
Leave A Comment
Back To Top