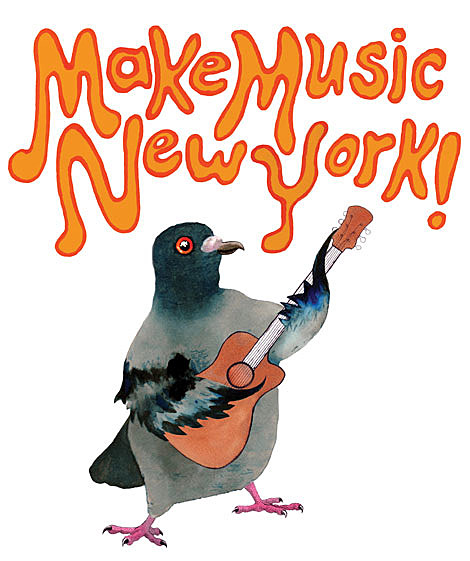 From 11 in the morning to 10 at night, musicians of all ages, creeds, and musical persuasions -- from hip hop to opera, Latin jazz to punk rock -- perform on streets, sidewalks, stoops, plazas, cemeteries, parks and gardens. From high school bands to marquee names, Make Music New York is open to anyone who wants to take part, enjoyed by everyone who wants to attend.

This year's citywide Make Music New York fest is set for Sunday, June 21st (the longest day of the year). It'll be the third year for the event - after June 21, 2007 and June 21, 2008. If you would like to take part - either as an artist or a location (that an artist can play), make sure to sign up now. We'll publish updated lineup and schedule information as it becomes available.