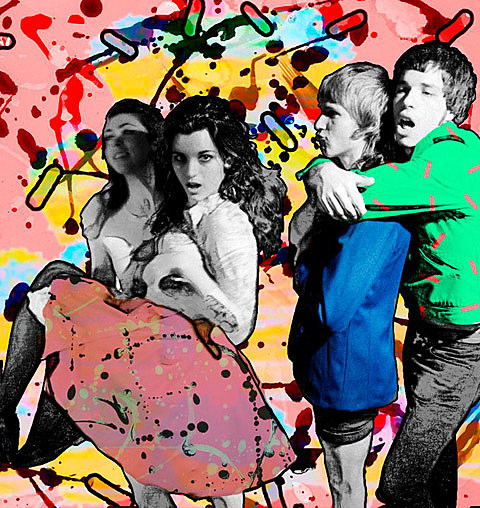 We are in full holiday swing so things are finally, thankfully slowing down. Nobody's really touring till the new year, making things easier for shopping, holiday parties, marathoning TV shows, whatever. So it'll be a short This Week in Indie, but not without things to see. This is New York after all.

The lead story this week was going to be ex-Beta Band frontman Steve Mason playing his first-ever solo shows in NYC, but his North American tour has been postponed "due to an almost complete lack of interest. We try again next year after SXSW!" There's interest, Steve, it's tough during the holidays. Do come back. If you haven't heard his new album, Boys Outside, it's definitely worth a listen.

So what else? Thursday night (12/16) is the live debut of MAKE OUT, which is the new band from Jesper Mortensen, who was the Junior in Danish duo Junior Senior. (Remember them?) He lives here now and new band -- fronted by Leah Hennessy -- is big dumb '70s-ish glitter-trash rock, and you can download Make Out's debut single, "I Don't Want Anybody That Wants Me," at the top of this post. Might be fun live? It's at Mercury Lounge.

Saturday (12/18) is the Rock Lottery event at Knitting Factory. I love these sort of instant art type things (anybody ever go see  Too Much Light Makes the Baby Go Blind?) and the cast of musicians who'll make up these ad-hoc bands is promising. Members of Golden Triangle, Liturgy, Oberhofer, Bear in Heaven, ARMS, Les Savvy Fav and many more will be grouped together at random, so the results will hopefully be interesting. And fun. Proceeds go to charity, so give a little. Tickets are on sale now. 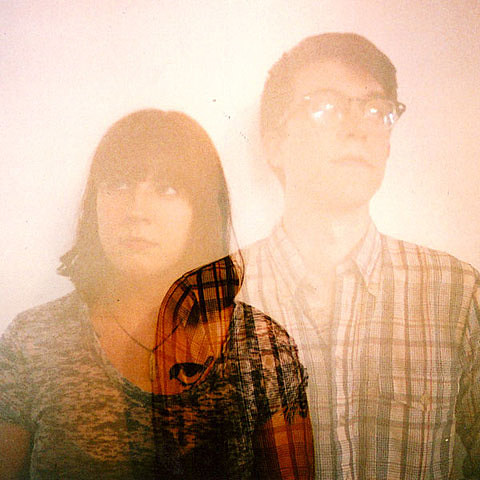 And lastly, I really love Reading Rainbow's new album, Prism Eyes, which is out on the HoZac label and will be on my Best LPs of 2010 list when I ever get around to finishing writing it. You can download "Wasting Time," one of my favorites off the album, at the top of this post. They are great live too, which you can find out for yourself Saturday (12/18) night at Death By Audio as part of an insanely good bill that includes current tourmates Coasting, plus The Babies, Big Troubles and new Captured Tracks signing, Widowspeak. All upcoming Reading Rainbow tour dates are at the bottom of this post.

Like I said, it's a short one this week. More daily picks of things not covered above:

The Depreciation Guild have decided to call it quits, which is sad, but have a couple more shows left in them. The first is tonight at Glasslands.  Check out the lovely animated video to their final single, "Blue Lily," at the bottom of this post.

SPIN and Free Williamsburg  are throwing some sort of Holiday party tonight at Death By Audio with a performance by The Hundred in the Hands, who made my Best EPs of 2010 list. It's free (and free beer), you just need to RSVP.

Travis are still a going rock outfit, but here's your chance to see frontman Fran Healy play solo at Bowery Ballroom in support of his new album, Wreckorder.

And if you are looking to laugh, Coco66 hosts Supershow!. Tonight has ex-SNL Jenny Slate, who also voiced that charming Marcel the Shell short. (I hear they might debut a new Marcel the Shell short tonight. Maybe.) Also performing: Food Party composer Matt Fitzpatrick will play original holiday songs, and more. It's free. 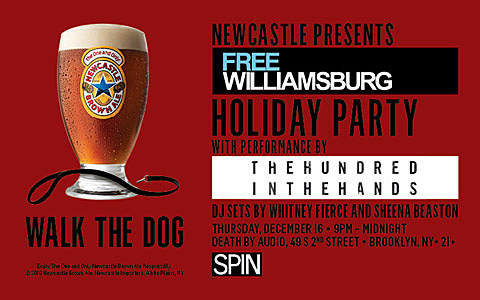 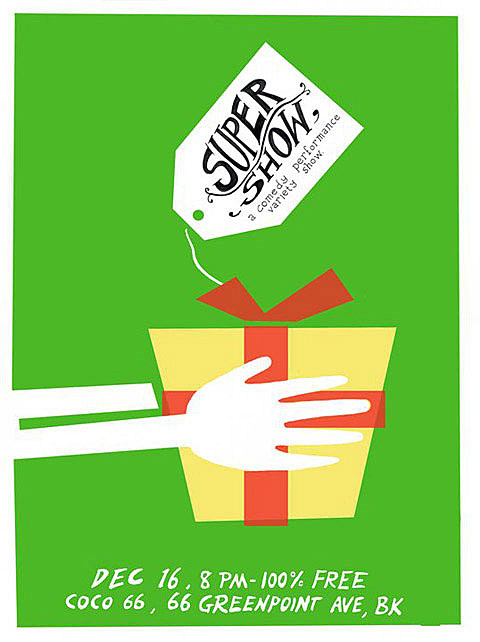 Twin Sister, whose Color Your Life EP is still a free download from their website, finish out a very big year with a holiday show at the Live With Animals Gallery (show location recently moved from 285 Kent). The band curated the rest of the line-up which includes Blair, John K and Avoxblue.

Downstairs in the same building, at Monster Island Basement, they're having a Showpaper benefit featuring Dinowalrus, Electric Tickle Machine, Sweet Bulbs, Parquet Courts (mems of Fergus & Geronimo and Woods), and Fables. Dinowalrus have reinvented themselves in the last six months from psychedlic noise rock, to a more melodic, groove-oriented sound that would've been at home in rave-friendly 1990. I like the new direction. You can download one of Dinowalrus' new songs at the top of this post.

Bear Hands, who I've seen open for about ten bands at Bowery Ballroom over the last three years, finally move up to a headlining slot at the venue. Great openers too: Dale Ernhardt Jr. Jr. and (The) Tony Castles.

Longtime TWII faves Savoir Adore play Union Pool with their pals Emil & Friends and Ravens & Chimes. You can download a brand new Savoir Adore song, "Loveliest Creature," at the top of this post. They are getting dancier by the minute. That's what happens when half of French Horn Rebellion (who'll also DJ tonight) is in your band. 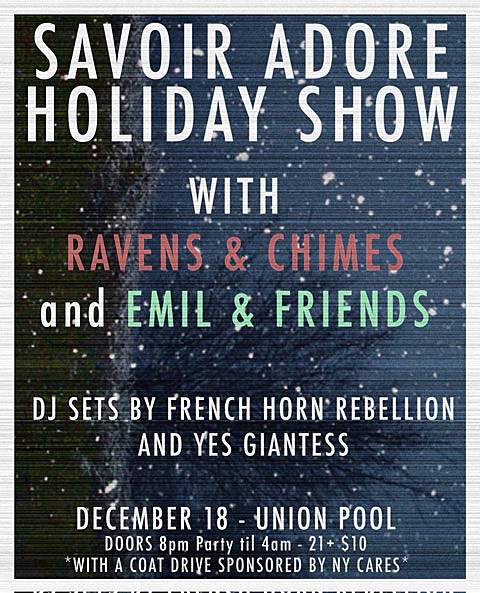 Real Estate, who I don't think I've seen play at all this year, are at Brooklyn Bowl with Big Troubles who are one of my favorite new bands of 2010 and are worth showing up early. It's free. Pretty hard to resist.

Videos, tour dates and flyers below...