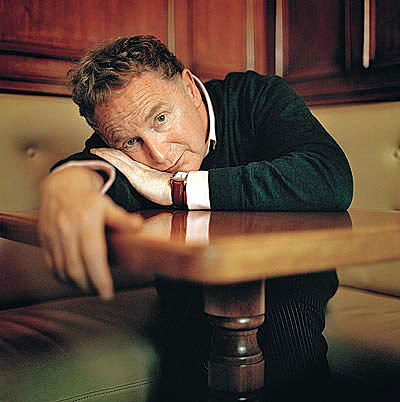 "Malcolm McLaren, the former manager of the Sex Pistols and impresario, has died. He was 64.

McLaren had had cancer for some time. His condition recently deteriorated rapidly and he died this morning in New York. His body is expected to be brought home to be buried in Highgate cemetery, north London.

Born in North London, McLaren was best known as the manager of the iconic punk band The Sex Pistols... His spokesman Les Molloy told The Independent: "He had been suffering from cancer for some time, but recently had been full of health, which then rapidly deteriorated. He died in New York this morning. We are expecting his body to be brought back to London and buried in Highgate Cemetery." [The Independent]

Malcolm also managed the New York Dolls, wrote and performed his own music, and did many other things. Videos below...