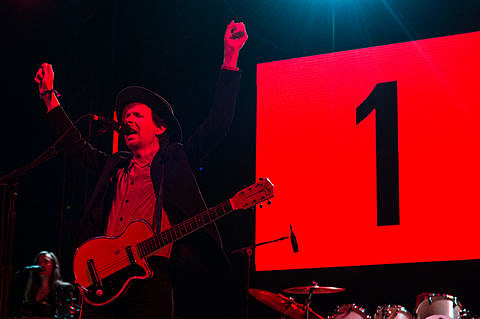 A man is in critical condition after he fell over a stair railing at the Fox Theatre [in Detroit].

Police say two intoxicated men were leaving the Beck concert, when the victim told his friend he was: "going to take the easy way down."

That's when he fell over the railing on the fourth floor. Officers believe he fell 30 to 40 feet.

Police say they don't know if the man was trying to slide down the railing, or was so drunk he thought he could simply jump.

Beck's tour continues in NYC today with shows at Hammerstein Ballroom and Central Park Summerstage. We recently caught Beck at Coachella and Firefly. He plays XPoNential Music Festival in Camden later in July.