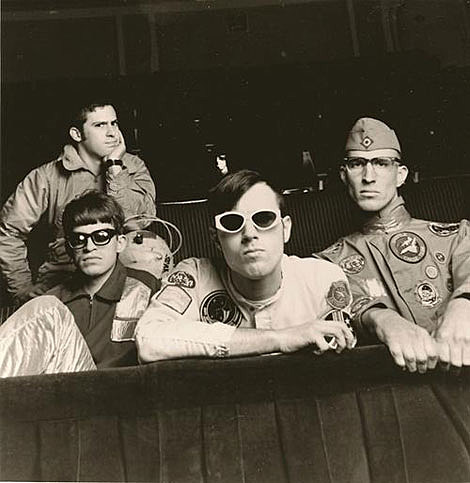 The first time I saw Man or Astroman? was in April of 1997, in a small bar in Tempe, Arizona. This was five years after the band had originally started playing, conquering stages across the world with their unique blend of punk, electronica and surf music. After a solid two-hour set and a double encore, the band capped off the evening by setting off a Tesla coil in the middle of the stage, sending thick, purple lightning through the club. As impressive (and frightening) as the light show was, the power surge melted part of the venue's electronics and blacked-out parts of suburban Phoenix for the better part of three days (this due to the clubs proximity to a power substation). This was how music was supposed to sound - not like that damn Dave Matthews or whatever the hell else was playing on the rock station back then. [Slug Magazine]

Sci-fi instrumental surf-rock band Man or Astro-man? has performed only a handful of times since going on indefinite hiatus in 2001. They will be performing at this year's SXSW. Before then, the reuniting trio of Starcrunch, Birdstuff, and Coco will be playing a show at Birmingham, Alabama's The Bottletree on March 6th. Tickets for that are on sale now.

One of their previous reunions was at Touch & Go Records' 25th Anniversary celebration in Chicago September 2006. The label put out a good portion of the band's extensive catalog, including 1997's Made from Technetium, which features the song posted above. Videos of the often-costume-clad band and their impressive chops are below...

Man or Astro-Man? - Theme from Eeviac