Manilla Road at Chaos in Tejas 2013 (more by Fred Pessaro) 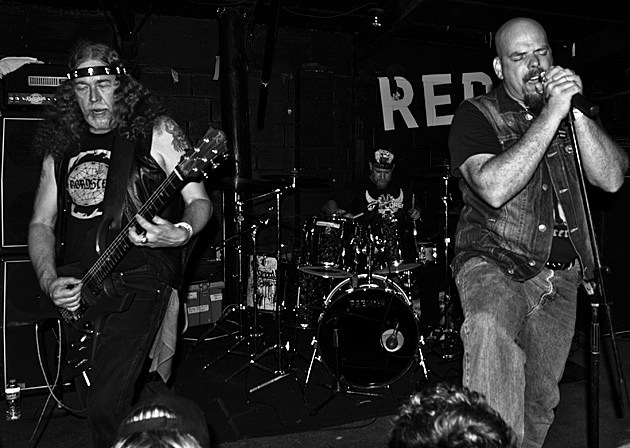 Classic Kansas power-metal outfit Manilla Road were initially around from the late '70s to the early '90s before going on hiatus, but they picked back up again in 2001 and have been going strong ever since with frontman Mark "The Shark" Shelton as the only constant member. They're on tour overseas right now in support of their latest LP, 2013's Mysterium, and US fans will get their first chance this year to see Mark and company in November. They'll play shows in Chicago and Baltimore before they stop in NYC to play two shows at Saint Vitus on November 22 and 23. The first night they'll be joined by Weed Is Weed and Polygamist (tickets), and the second show will feature support from Brooklyn thrash mainstays Natur and Python (tickets).

Check out a video of Manilla Road playing "Dreams of Eschaton" on TV in 2004, as well as all upcoming tour dates, below...