Manitoba's still can't host live shows. According to a March 19th article in the New York Observer, "Mr. Manitoba and his lawyer" were "scheduled to appear before the city’s Environmental Control Board to challenge two recent noise citations" on March 27th. I wonder how it turned out.

Last night (April 9) I ran into my fellow Sirius radio host (Dick himself) at the Stooges show. He was kind enough to pose for a picture: 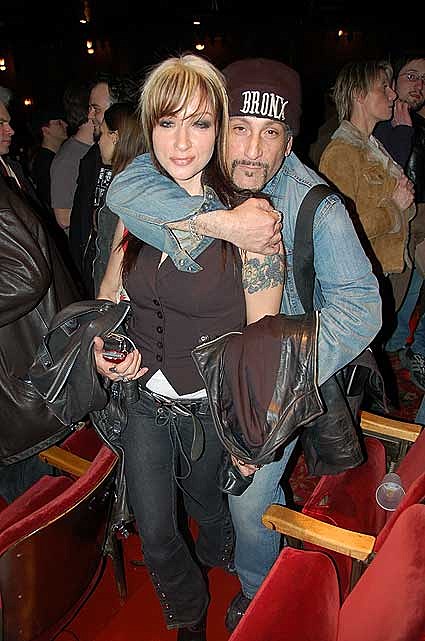 Here's a picture of him on stage at CBGB.