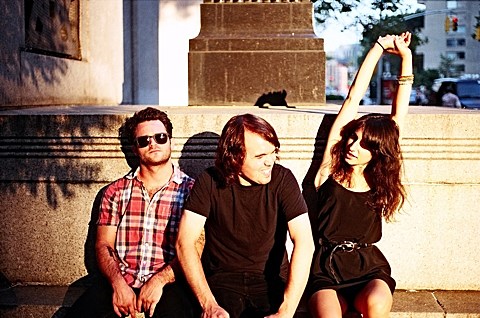 NYC punks Mannequin Pussy have been regulars on the local scene for a while now, and it's just been announced that they've signed to Tiny Engines, making them labelmates with Cayetana, Little Big League, and The Hotelier. The new label will be giving Mannequin Pussy's debut, Gypsy Pervert, a vinyl release this summer.

The album's first single, "Clue Juice," is a whiplash of punchy power chords and distorted shouts that clock in just over a minute. Its video splices clips from the band's live shows, so if you've never seen them in person, you can get an idea of how rowdy they can get by checking it out below. You can also download the song above.

The band have two upcoming hometown shows scheduled at the moment, including EMET on March 21 with Gymshorts, Vulture Shit and Big Neck Police; and Death by Audio on March 26 with Peach Kelli Pop, Foster Care and The Foxx. There's a Philly show too, and all of their dates are listed, with that video, below...