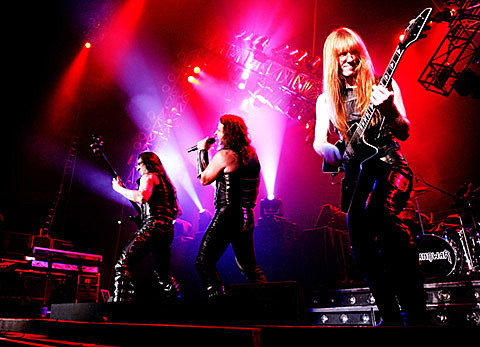 It's been a long time since over-the-top New York metal band Manowar donned the leather briefs on stage, but they'll get all suited up for a weekend of shows kicking off on Friday in Worcester (11/23). The three date stint will include a pair of shows at The Paramount in Huntington, NY on 11/24 and 11/25, tickets for both are still available.

Manowar released their 12th studio album, The Lord of Steel, in June of this year. Stream the album below alongside a list all tour dates.

Manowar - The Lord of Steel