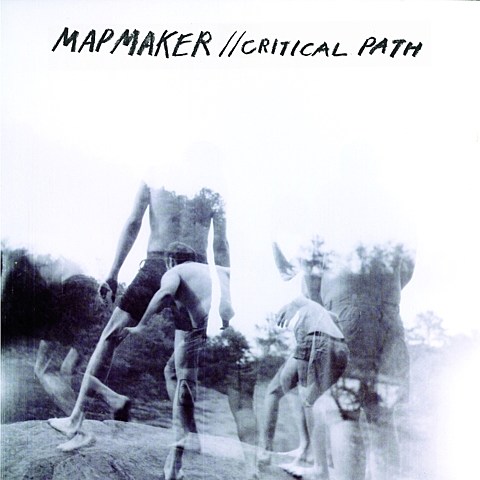 Buffalo, NY's Mapmaker, whose lineup includes Andy Dennison of the now-defunct Queens punks Get Bent, are set to release their debut LP, Critical Path, this April via Salinas Records (Swearin', Radiator Hospital). Two of its tracks have been released, "Forgetting What It's Like" and "Stretched Thin," and from the sound of those, Mapmaker indulge in the kind of raw, shouty, tastefully off-key emo of '90s bands like Braid and Cap'n Jazz. Stream those two LP cuts, with the tracklist, below.

Mapmaker will also be touring this April around the album's release. That tour brings them to Brooklyn for a show on April 17 at Legion Bar (790 Metropolitan Ave) with the Iron Chic-related Crow Bait, Even Hand (who just opened for Swearin'), and more TBA. Admission is $5 at the door.

All dates are listed, with the song streams and tracklist, below...