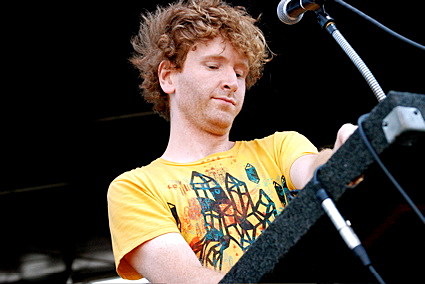 Marc Ribot's Ceramic Dog recently dropped their new record Party Intellectuals on PI Recordings (pick it up here) and the band are celebrating with a Record Release Party at Knitting Factory in NYC this Friday July 25th. Tickets are still available.

The party will feature a set from a "special guest", namely Dan Friel of the ever-so-busy Parts & Labor. Dan Friel has been dropping solo EPs since before his time with Parts & Labor, but Ghost Town (released in May via Important Records) marks his first full-fledged LP. It's glitchy, noisy, instrumental electronic pop but most of all, its fun. The label has made 5 clips of the 8 tracks on Ghost Town available for download. Check em out above, and if ya dig, pick up the record at Important Records.

For the uninitiated, Marc Ribot's Ceramic Dog contains one Marc Ribot, who has worked some of the most important avant garde artists of the last quarter century including John Zorn, Tom Waits, Mike Patton, and Allen Ginsburg. He has done tons of work with other artists as well including multiple Elvis Costello records and recently contributed to Attack & Release by The Black Keys as well as the Mercury Award-nominated Robert Plant / Alison Krauss record. 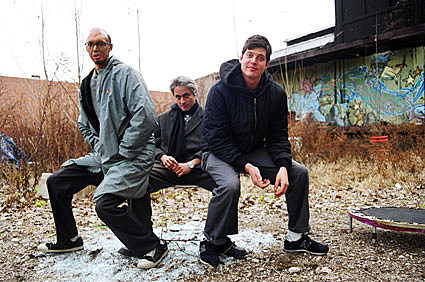