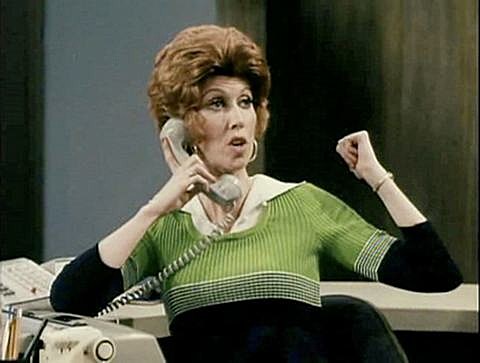 Actress Marcia Wallace, the voice of Edna Krabappel on the Fox show "The Simpsons" and earlier Carol Kester, the receptionist on the 1970s sitcom "The Bob Newhart Show," has died at 70.

"I was tremendously saddened to learn this morning of the passing of the brilliant and gracious Marcia Wallace," said executive producer, Al Jean. "She was beloved by all at The Simpsons and we intend to retire her irreplaceable character."

Wallace, who had survived breast cancer, died at home, according to a Fox publicist, Antonia Coffman. - [Reuters/NYT]

In addition to acting, Wallace was a constant prescence on '70s and '80s game shows. Some clips from Password Plus and Match Game below. We'll miss you, Marcia. Rest in peace.