Weapon at Rites of Darkness (more by BBG) 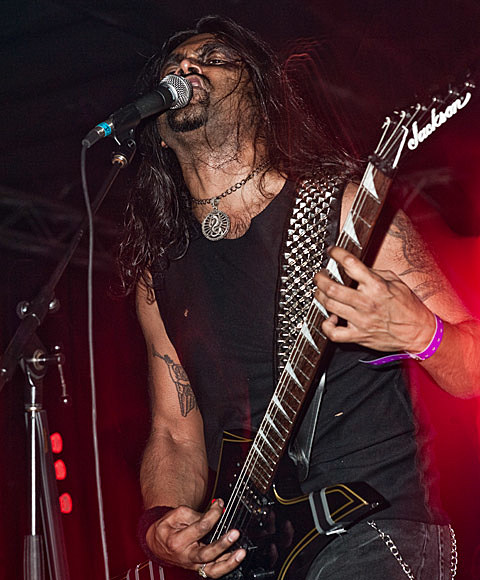 Marduk will hit the road with 1349, Withered and Weapon for a string of US dates that will include a stop in NYC at Music Hall of Williamsburg on June 3rd. Ticketing info is forthcoming.

Weapon, who recently signed to Relapse, are currently working on their follow-up to The Devil's Tomb. No word when we can expect it, but we'll keep a look out. In the meantime, no word on follow-up material from either Marduk, 1349, or Withered. 1349 recently announced their inclusion in the upcoming Inferno Festival in Oslo (replacing Aborted).

All tour dates and the tour flyer are below. 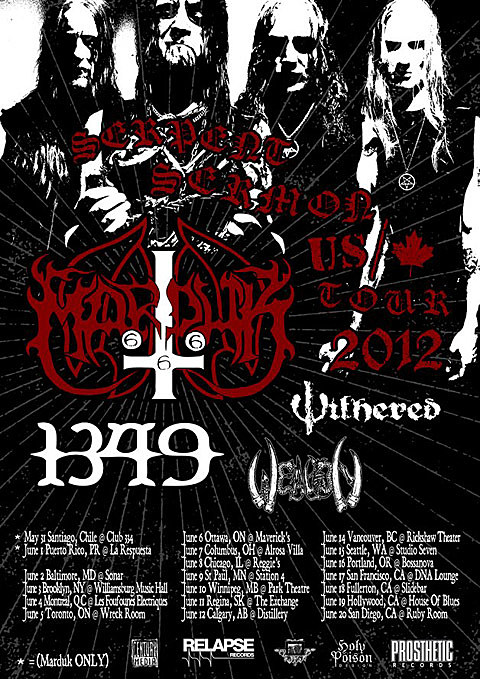