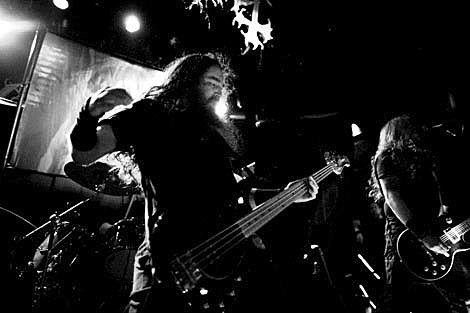 Now that the debacle that was Blackened Fest is behind us, rest comfortably in knowing that Marduk has arrived in the US, ready to play three shows including one in Baltimore (home of Maryland Death Fest, one of their original destinations) TONIGHT (8/12) with Withered and Black Anvil. The band will land in NYC on 8/15 at Gramercy to be joined by Tombs (tickets are still available, and for $5).

Meanwhile, if you have Friday (8/14) available and feel like making a weekend of it, the band will be at the one and only Duff's in Brooklyn for a "special signing session". Details are on the below flyer.

The Marduk dates are supposedly just the tip of the iceberg, as the band preps for the impending release of their new album Wormwood:

"We are excited to finally be over in the states and do these shows after all the problems with the visas. The three shows in August are just the start. We are preparing for a full tour in the winter that will cover all the areas we missed on Blackenedfest. Please join us as we raise the Banner Of The Wolf!"
- [Marduk guitarist Morgan Håkansson]

Full tour dates, Duff's flyer and some videos are below. Tombs was recently added to the super-terrific Planet Caravan festival in North Carolina featuring Pentagram, Clutch, YOB, Kylesa, Burst, Orange Goblin, Sourvein, The Gates of Slumber, and so many others. Tickets for that event on 9/18 and 9/19 are available here. 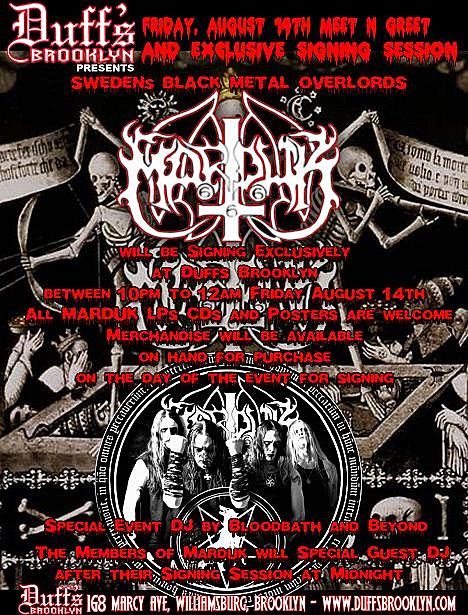