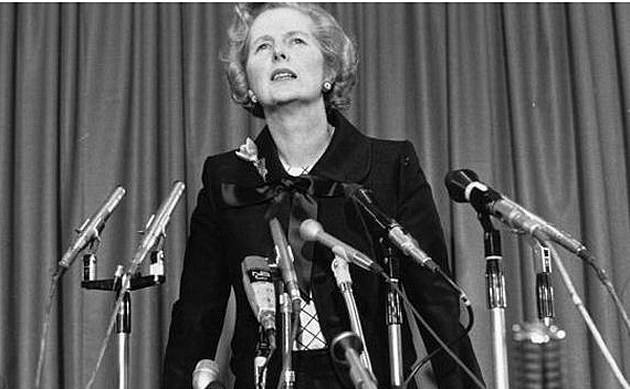 Former British Prime Minister Margaret Thatcher, a towering figure in postwar British and world politics and the only woman to become British prime minister, has died at the age of 87.

She suffered a stroke Monday, her spokeswoman said.

Thatcher's funeral will be at St. Paul's Cathedral, with full military honors, followed by a private cremation, the British prime minister's office announced.

Thatcher served from 1975 to 1990 as leader of the Conservative Party. She was called the "Iron Lady" for her personal and political toughness.

She retired from public life after a stroke in 2002 and suffered several strokes after that. -[CNN]

Say what you will about Margaret Thatcher, but there's no arguing her regime (1979 - 1990, and she became leader of the conservative party in 1975) inspired a lot of great music and it could be argued she was as big an influence on UK punk/postpunk as The Ramones and The New York Dolls.

The English Beat - Stand Down Margaret