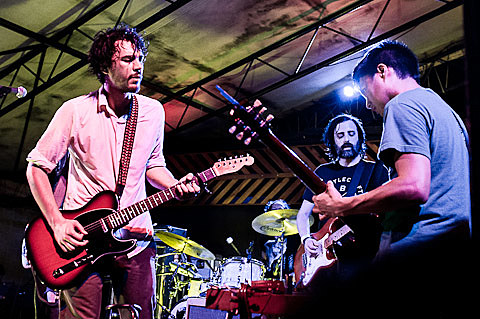 Margot and the Nuclear So and So's released their fourth album, Rot Gut, Domestic, earlier this year and toured in support of it, hitting NYC for a show at Music Hall of Williamsburg in April. Now they're beginning to reveal some new dates to go down later this year, and they'll be back in NYC for a much smaller show at Mercury Lounge on October 23 with Gentlemen Caller. Tickets for the intimate show go on sale Friday (8/31) at noon with an AmEx presale starting Wednesday (8/29) at noon.

A list of all currently known dates and the video for "Prozac Rock" off of Rot Gut, Domestic are below.

Margot and the Nuclear So and So's - "Prozac Rock" Official Video