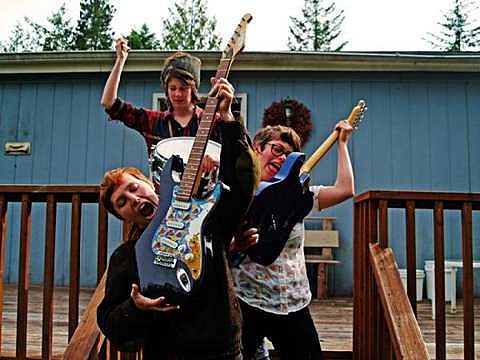 With a distinctive ramshackle, shouty, indiepop sound, you might guess Margy Pepper were from Olympia, WA if we weren't telling you so here. The band's album, Golden Webs, owes more than a little to '90s K Records. It's also pretty good, especially if you tastes lean in that direction and you can stream the album below.

Margy Pepper are currently on the road with fellow Olympians Soil who don't share much sonically with their tourmates. The band jokingly call their style "gardencore" but their brand of farming is definitely aggressive and loud, as you can hear on their album, Suelo, which you can also stream below.

The Margy Pepper/Soil roadshow hits NYC at Death by Audio tonight (8/23), with Tin Vulva, Flown and Hot Tears. A list of remaining tour dates and the album streams are below...