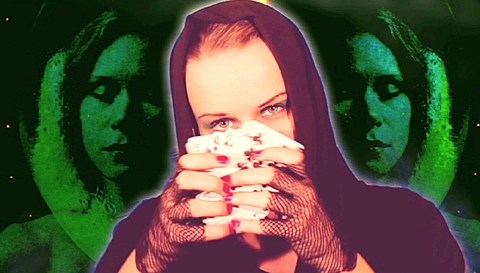 Lo-fi pop artist Maria Minerva teamed up with LA dance four-piece Pharaohs for the track, "Miraculous Feet," off Pharaohs' debut full length, Replicant Moods, which is due out on April 20 via 100% Silk. Maria takes lead vocals which gives the track an overall feel more similar to her music than Pharaohs', but Pharaohs' Chic-style bassline and post-punk drums make the song beefier and dancier than most of Maria's work. You can stream that track below.

As mentioned, Maria Minerva and Pharaohs are teaming up for a NYC show this Saturday (3/2) at 285 Kent with Octo Octa and Magic Touch (8 PM doors, $10 admission), but Pharaohs will be landing in NYC even sooner to play Cameo on Thursday (2/28) with Jonas Reinhardt, SHAMS, and a DJ set from Suzanne Kraft. Advance tickets for the Cameo show are on sale now. Both Maria Minerva and Pharaohs will also be in Austin this March for SXSW.

Maria Minerva also has a new release of her own on the way; the Bless EP, which will be out on April 2 via Not Not Fun. The EP's first single, "Black Magick," continues in the vein of her Will Happiness Find Me? album, and you can watch the video for that track below. Maria will play a release show for that EP in NYC on April 18 at Cameo Gallery with Butterclock (more on her in a minute). Tickets for that show are on sale now.

In addition to her own EP and collaborating with Pharaohs, Maria also contributed vocals to "Gold," the new single off UK producer Hervé (aka Joshua Harvey)'s new album, The Art of Disappearing, which comes out on March 4 via Cheap Thrills. Maria's airy vocals and Hervé's downtempo rhythms work great together and you can hear the collaboration by downloading the track above or watching its video, below. That album also features a killer collaboration with Austra (who are playing BrooklynVegan SXSW shows) on the track "Save Me," which you can stream below as well. Other collaborators on the album are Niki & the Dove and Seasfire. 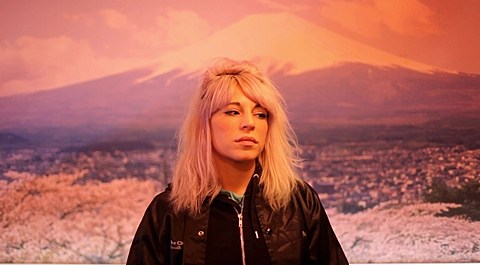 As mentioned above, support at Maria Minerva's EP release from comes from oOoOO collaborator Butterclock (aka Laura Clock), who released her debut EP, First Prom, earlier this month. A limited CD pressing of the EP is available at the Fantasy Music webstore. Butterclock also has some European shows coming up, which are listed below, and more US dates will be announced soon. The video for "Don't" off her EP is below.

oOoOO also has some dates of his own coming up, including one in NYC which happens on May 23 at Glasslands. Tickets for that show are on sale now.

All dates are listed, along with all mentioned song streams and videos, below...