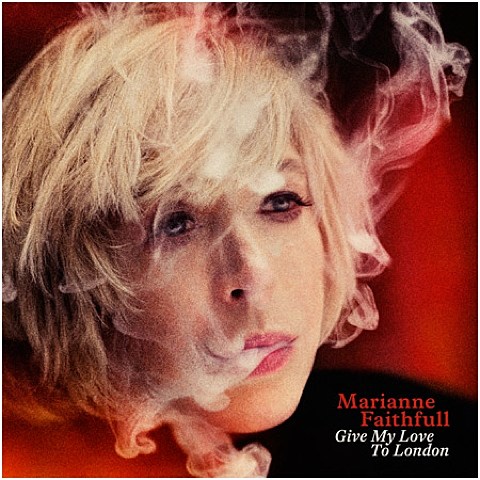 Marianne Faithfull will celebrate her 50th anniversary as an artist this year with her 20th album, Give My Love to London, due September 29 via Dramatico in Europe and November 11 via Easy Sound in North America. She had a lot of impressive contributors on hand while making the record. A press release reads:

Its brand new single, "Late Victorian Holocaust," features lyrics by Nick Cave. Stream that, plus one written by Rogers Waters and an Anna Calvi collaboration, below...