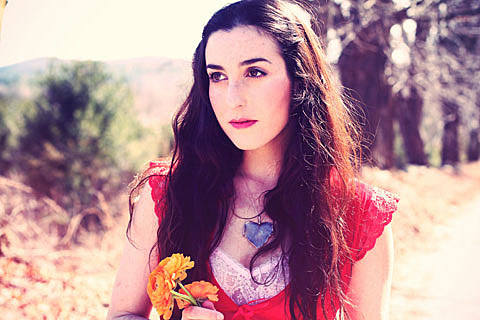 Folk singer Marissa Nadler played a couple California dates last week and she's got two more upcoming shows scheduled at the moment, both of which happen in NYC. The first happens at on January 19 at Le Poisson Rouge, where she'll be opening for Elysian Fields, and Ramona Lisa is also on that bill. Tickets for that show are on sale now.

Then, on February 6, she'll open for Swans at Music Hall of Williamsburg, their second of two shows at the Brooklyn venue, the second of which is being opened by Devendra Banhart (who has a new album on the way). Tickets for the Swans/Marissa Nadler show are still available but the show with Devendra is sold out.

Marissa will be announcing a European tour soon. Until then, these two NYC shows are the only upcoming dates we're aware of. You can watch her video for "In Your Lair, Bear" below.

Marissa Nadler - "In Your Lair, Bear"