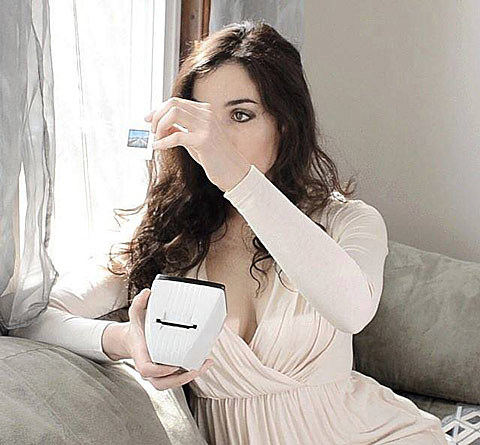 Marissa Nadler is one of the artists we're looking forward to catching this week at Northside -- she plays Pitchfork's showcase at Saint Vitus on Saturday (6/14) with Pharmakon, Youth Code, Pyrrhon, and Couch Slut (tickets). She'll be touring for most of the summer, including one in Boston with Gem Club. Updated dates are listed below.

Meanwhile, Gem Club will be in NYC next week to play Joe's Pub on June 17 with Megan Lui. Tickets are on sale now but if you'd like to go for free we're giving a pair away. Details on that below.

Gem Club will also be opening for Agnes Obel at Bowery Ballroom on August 14. Tickets for that show are on sale now. They've got a few other dates with Agnes, and all are listed below.

If you haven't checked out Gem Club's In Roses, it's a lovely record, pastoral, quietly beautiful and maybe owing just a little to Eno's ambient works. You can listen to it via Rdio.

All Marissa Nadler and Gem Club dates are listed, along with contest details, below...

======================
For a chance at winning a pair of tickets to see GEM CLUB AT JOE'S PUB: either tweet something that includes both @BrooklynVegan AND "GEM CLUB" in the tweet, or send an email to BVCONTESTS@HOTMAIL.COM with the subject line "GEM CLUB". Include your first and last name in the email. We'll pick a winner at random and contact them with more details. If you enter by email, it will not be shared with anyone else. Good luck!
======================