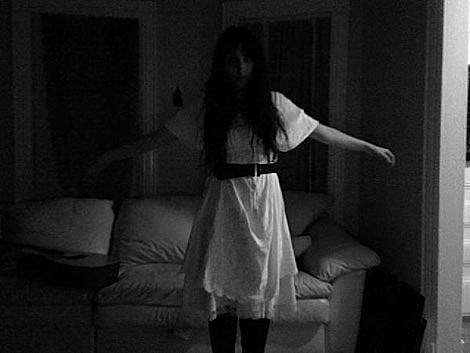 In addition to the previously announced February 27th show at the Lutheran Church in Greenpoint, Marissa Nadler will play her own intimate show at Joe's Pub on March 4th. Tickets are on sale.

Many describe Nadler's songs as having American Gothic leanings; her stories often take place in an imagined, idealistic time with a cast of characters of her own creation. Yet, in recent years, it has emerged that the characters are less make believe than listeners thought and are based on real people, and their real lives. Her links to American Gothic are reinforced by "Annabelle Lee," the last song on her debut album, Ballads of Living and Dying, which puts the poem of the same title by Edgar Allan Poe to a musical backing. Singing in a haunting mezzo-soprano, the foundation of her songs are her delicate acoustic guitar, often accompanied by a variety of instruments, ranging from organ to theremin to electric guitar. [Wiki]

In April, Marissa will go out on the road with The Handsome Family. That tour has her back in NYC to play Highline Ballroon on April 25th. Tickets for that are also on sale.

Marissa Nadler's new album Little Hells is out March 3rd on Kemado. MP3 from the album above. A video for the same song, and all tour dates, below...

More of a preview of the new album HERE.