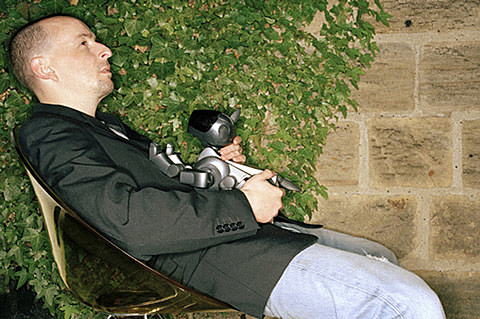 Sad news: Warp Records confirmed today that Mark Bell, one half of pioneering UK electronic act LFO, died last week due to complications after an operation. In addition to his work in LFO (not the American LFO who did "Summer Girls"), Bell collaborated frequently with Bjork, producing her 1997 album Homogenic, her most recent Biophilia, and others.

LFO's 1991 debut, Frequencies, was a landmark record in dance music and Warp Records, and their theme song "LFO" was the label's fifth release ever and first Top 20 hit. Mark, we lost you too soon. Rest in peace.

Stream Frequencies, plus a few other Bell-related streams, below...