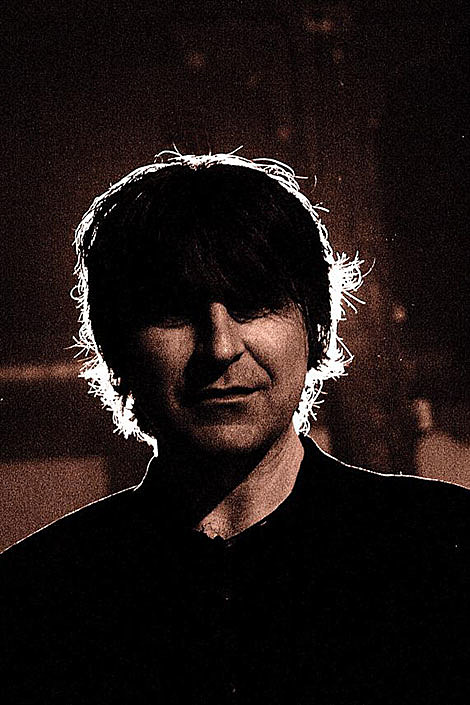 Former Chameleons frontman Mark Burgess is playing The Bell House in Brooklyn on Monday, August 10 (tickets on sale now) and the Blockly in Philadelphia the next night (tickets on sale too).

The Chameleons (or The Chameleons UK as they were known in the U.S) were among the cultiest of '80s cult bands, musical contemporaries of U2 and Big Country who never achieved their level of success due somewhat to a string of label woes that would fell almost any band. Their influence, however, has far outstripped their sales, and you can hear echos of their sound in such bands as Interpol, Editors, Blacklist and The Horrors. Their 1983 debut album, Script of the Bridge is post-punk classic, equal parts angsty roar and ethereal guitar interplay. Their other two '80s albums are pretty great too, especially 1986's Strange Times which contains what might be their best-ever song, "Swamp Thing." The band broke up shortly after that.

The original line-up (Burgess, drummer John Lever and guitarists Dave Fielding and Reg Smithies) reformed in 2001 after a decade apart, releasing a new album, Why Call it Anything?, in 2002 and toured America, including mindblowing shows at Knitting Factory and Southpaw that were a dream come true for many fans, me included. The band split again in 2003, and Burgess for a while revived his post-Chameleons band, The Sun & the Moon, but has since adopted the moniker ChameleonsVox when he plays live.

As for these American shows, it's interesting how they came about. Originally Burgess was coming to the U.S. only for a personal visit:

The British post-punk singer had plans to be in Maine later this week, but could find only direct flights into Boston from his home in Manchester, England. So he went online to research the Hub. When he noticed the Chameleons UK were among the top friends on the Hennessy's Upstairs Rock Club MySpace profile, he sent the club a message asking where to spend the night.

"I told him, 'I'll put you up in a hotel room if you play a show,"' said Hennessy's booking agent and longtime Chameleons UK fan, Sean Flynn .

Burgess agreed. He asked Flynn to round up some local musicians to jam. The lineup for what could be the coolest gig of the summer consists of Worcester-based indie band the Curtain Society backing Burgess for a set of Chameleons UK songs, with opening sets from synthpoppers Lifestyle, Shawn Saindon and Ryan Dolan of Maine's Hiss & Chambers, and both Aaron Perrino of Dear Leader and the Daily Pravdas' David Jackel .

The Curtain Society, which often plays Chameleons UK songs in their sets and even released the band's most recognizable hit, "Swamp Thing," as a B-side in 1996, jumped at the chance to play with one of their idols.

"It's always seemed like a miracle that we would even get to see Mark or the Chameleons play live, since I started getting into them after they had broken up already," said Curtain Society singer/guitarist, Roger Lavallee . "Now to think that we would be playing these songs with Mark is just beyond a dream come true." [The Boston Herald]

Big Takeover writer Tim Bugbee was at the The Boston show had this to say:

Without as much as a soundcheck or practice session, the band launches straight into "Swamp Thing," a signature track if there ever was one. The ante was high, and the band delivered straight out of the gate, with Mark on sole vocal duties (he would play a 12 string guitar for "Less Than Human"). Aside from some early jitters, the band played a most solid backdrop to Mark's moving vocals, which found him reaching deep within to release the inner demons. Guitarist Roger Lavallee in particular had a difficult job to recreate the sound of both Reg and Dave, and did so quite well, deftly using a delay pedal when needed and ripping off leads with abandon.

It's a bit up in air as to who Burgess' backing band will be for the Bell House and Philly shows -- his first in the area since 2003 which were a couple of solo appearances the year after that 2002 Chameleons reunion -- but it will be a full band. Says Burgess, "The whole thing is rather spontaneous, I'm not exactly sure what's gong to happen, which of course makes it all the more interesting."

Some video from Burgess' Boston show, and some classic Chameleons performances after the jump....

The Chameleons - Up the Down Escalator

The Chameleons - A Person Isn't Safe Anywhere These Days