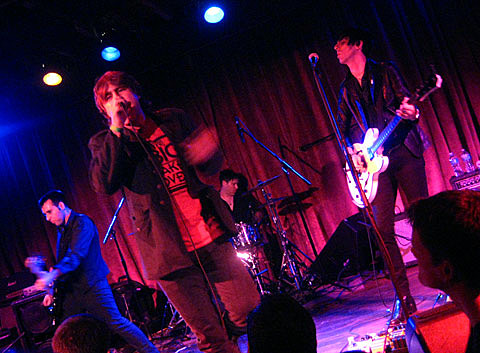 The two-day Big Takeover 30th Anniversary concluded Saturday (7/31) with a performance from Mark Burgess. The former Chameleons front man played Bell House about a year ago, a thrown-together show with an ad-hoc band that hadn't actually practiced together. This time, however, Burgess came prepared and the five piece band ripped through an hour-long set of Chameleons classics. The band kind of floored the Bell House crowd with just how great they were.

Mark Burgess' voice still sounds amazing and he remains a commanding performer, a genuine rock star who knows how to work the stage. The band, which included Frank Deserto of Revel Hotel and Blacklist drummer Glenn Maryansky, had the songs down for the most part and guitarists Andru Aesthetik and Justin Lomery did an amazing job recreating Reg Smithies and Dave Fielding's distinctive guitar interplay. Full setlist below but we got "Swamp Thing," "Up the Down Escalator" (live video below), "Monkeyland," "Soul in Isolation," "In Shreds," "Nostalgia," and a roaring cover of Alternative TV's "Splitting in Two." I sometimes forget what a huge fan of the Chameleons I am but I was in full geek-out mode Saturday night.

If you missed it, Mark Burgess and band is playing again tonight, Wednesday (8/4) at the Wierd party at Home Sweet Home where smoke machines (maybe the one thing missing from the Bell House show) will be in full-effect ($10 at the door, 10pm doors, band at midnight). This line-up also play Baltimore and Philly, and will then hit the West Coast in September. All dates are below. 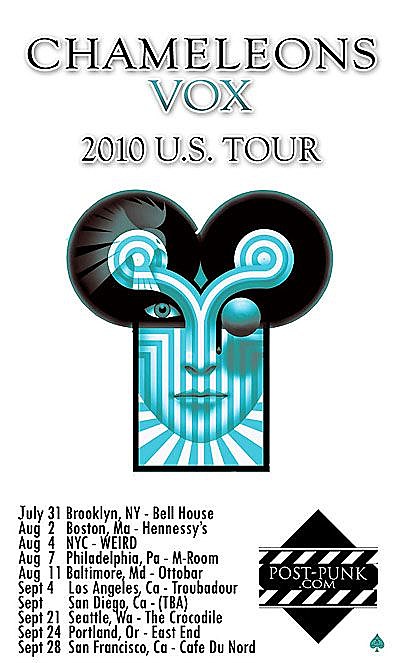