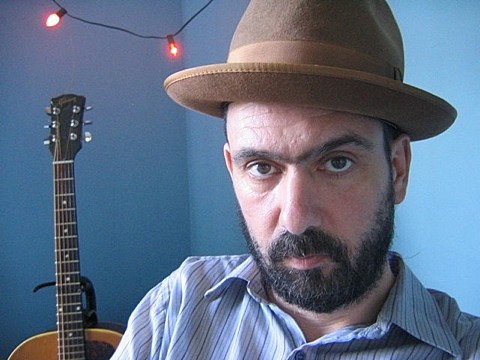 Mark Eitzel, leader of seminal indie rock/slowcore band American Music Club, hasn't put out new music in a couple years now, but he's touring as we speak. The tour comes to Brooklyn on Saturday (8/2) at The Wick for what will be a pretty solid night of singer/songwriters with Jay Farrar/Jim James collaborator Anders Parker and falsetto-driven indie folk singer Death Vessel. Tickets for that show are on sale now. All of Mark's dates, including one with Stephin Merrit and another with Thalia Zedek, are listed below.

The Wick show is an 8 PM show, and after that Paul Johnson, Egyptrixx, Sinden and Doctor Jeep will take over the venue for a late-night dance party which begins at 11. Tickets for that show are available too.

You can catch Death Vessel in NYC again later this year when his tour with Mirah hits LPR on 10/11. Tickets for that show are still available.

All Mark Eitzel dates are listed, with videos of all three artists on that Wick show, below...

Mark Eitzel - "Why Won't You Stay"

Anders Parker - "Tell It To The Dust"