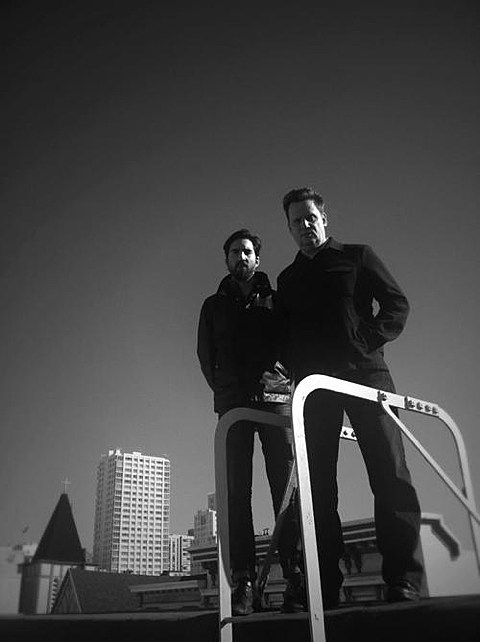 Slowcore mastermind Mark Kozelek (Red House Painters/Sun Kil Moon) and ambient artist Jimmy LaVelle (The Album Leaf) teamed up for a collaborative album, Perils From The Sea, which came out on Mark's Caldo Verde Records last week (4/30). It's as beautiful a collaboration as it sounds like it would be, with Mark's descriptive lyrics taking their usual forefront, but this time over minimal beats and synth textures, rather than finger-picked acoustic guitars. You can stream three tracks from the album, "Caroline", "Baby in Death Can I Rest Next to your Grave," and "What Happened to My Brother," below.

Mark Kozelek will be heading to Portugal for the Vagabundo Festival this October, but before he crosses the Atlantic he'll stop off in NYC for a show at Music Hall of Williamsburg on October 7. Tickets for that show go on sale Friday (5/10) at noon with an AmEx presale starting Wednesday (5/8) at noon.

He's also got a few upcoming international dates in May and June. All dates are listed, along with those song streams, below...

Sun Kil Moon & The Album Leaf - "What Happened to My Brother"