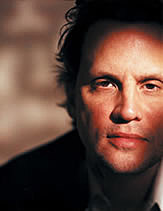 Tickets are on sale for "A Solo Acoustic Performance of Mark Kozelek" at Music Hall of Williamsburg in Brooklyn on November 12th. All dates below...