Mark Lanegan is currently on his "Stitch it Up" tour which hit Brooklyn on Tuesday (5/14) at Warsaw. "Stitch it Up" is the first single from his forthcoming album, Somebody's Knocking, which isn't out for another five months and that's the only song from it he and the Mark Lanegan Band played from it. Luckily, Mark's got no shortage of other material to choose from even with, as he made clear on Twitter this week, the tour features "no Qotsa, Gutter Twins, Isobel Campbell, Garwood, and especially no Trees" songs. This strictly Mark Lanegan Band evening was still nearly two hours with many highlights including the part towards the end where his bandmate/backup-singer/wife Shelley Brien came to the front of the stage to perform a couple of stripped down duets with her husband before they ended the show with a full band version of "Methamphetamine Blues." One of those duets was "Come to Me," a track which features PJ Harvey vocals on 2004 album Bubblegum. Check out the full setlist below.

Opening the show was Crime & The City Solution's Simon Bonney who played solo acoustic with accompaniment from his longtime bandmate and wife, violinist Bronwyn Adams. He just released Past, Present, Future -- a compilation featuring highlights from his two '90s solo albums and a number of tracks from unreleased late-’90s album Eyes of Blue.

As he is known to do, Mark came out to the merch table after the show to sign posters and stuff, before returning to his large tour bus that was parked right outside. Pictures from the whole night are in the gallery above. 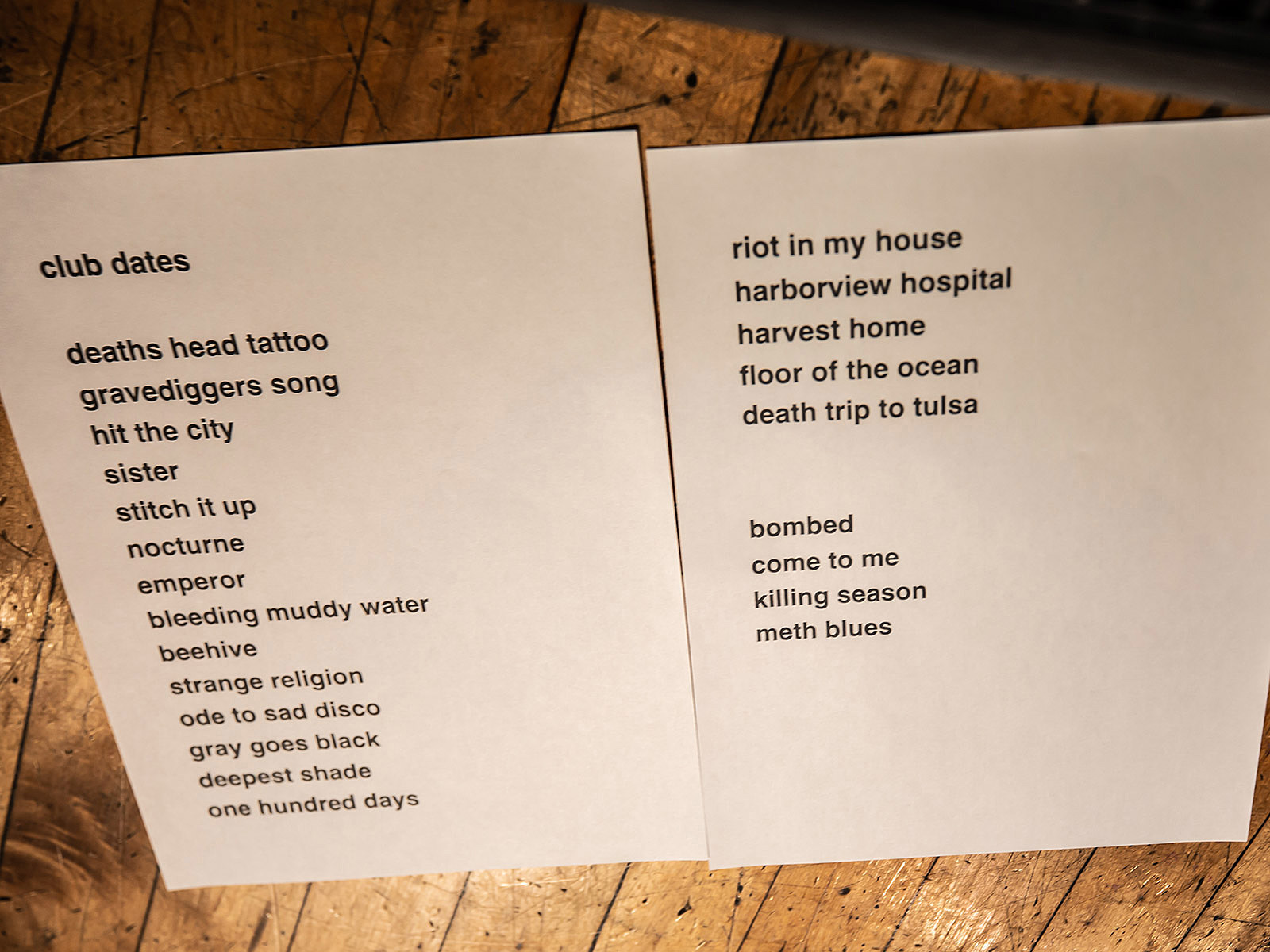