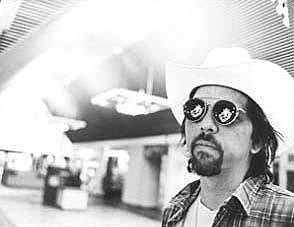 Mark Linkous, a singer-songwriter whose music, released under the name Sparklehorse, was renowned in the indie-rock and alt-country worlds for its dark, allusive themes and fragile beauty, committed suicide on Saturday in Knoxville, Tenn. He was 47.

He shot himself in the heart in an alley outside a friend's home, said his manager, Shelby Meade. Lt. Greg Hoskins of the Knoxville Police Department confirmed that the police responded to a call at 1:20 p.m., and that Mr. Linkous was pronounced dead at the scene. According to his family, Mr. Linkous owned the gun that he used. [NY Times]