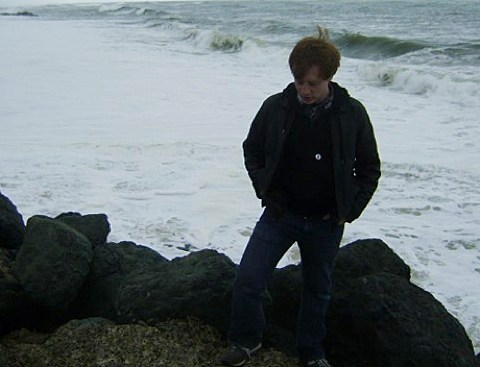 Ambient guitarist Mark McGuire, formerly of the now-defunct trio Emeralds, is set to release his new solo album (and first for Dead Oceans), Along The Way, on February 4, but it's streaming ahead of its release via The FADER. Listen to it in full below.

Mark also has a few upcoming dates this year, including Big Ears Festival, Mission Creek Festival, SXSW, and two appearances in NYC. First is a live headlining gig at Baby's All Right on Friday (1/31) with solid local support from Imperial Topaz and Forma. Tickets for that show are on sale now. Show starts at 9 PM and Mark is on at 11.

Then on Sunday (2/2), Mark DJs the Bossa Nova Civic Club in Brooklyn. All of his dates are listed below.

Mark's Baby's show is actually one of THREE shows happening at the Brooklyn venue that night. At 6 PM it's a sold-out Broken Bells show ahead of their much larger (but also sold out) Webster Hall show. Broken Bells are streaming their new album, After The Disco, on iTunes.

And lastly, as discussed, the Rough Trade stop on Eagulls' tour was moved to Baby's All Right and happens that same night, with doors at midnight. Eagulls' tour also hits Mercury Lounge tonight (1/29) with Yvette. Tickets for both of their NYC shows are still available.

All Mark McGuire dates are listed, along with the album stream, below...

Mark McGuire - Along The Way