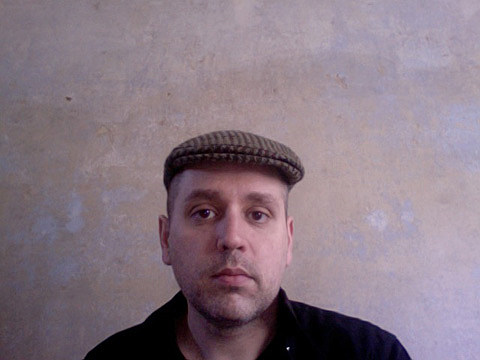 Mark Sultan will release a new album this fall via In the Red and will, for the first time in a long time, be reviving his BBQ moniker for it. Says Mark:

I kinda left the 'BBQ' name behind for my solo stuff after that album, as I wanted to do recordings with overdubs, so I just figured it was disingenuous to use the name associated with off-the-floor type, one-man-band live recordings. I only used the 'BBQ' name in the context of my other band ('The King Khan & BBQ Show') after that (and since), and soldiered on solo as "Mark Sultan."

I think people tend to forget or just not know that the 'doo-wop' aesthetic in 'The King Khan & BBQ Show', for example, is mine, and that I am singing lead on and wrote half of those songs, but whatever, I plug away. I have to. It keeps me alive. BBQ is my 'one-man-band' name. The live, no overdub me.

You can check out the appropriately unhinged "Agitated" from the forthcoming BBQ album below.

You can also see the one-man-band BBQ show live this summer at select US dates on both coasts. He plays NYC at Union Pool on June 24. No openers listed for that show yet but tickets are on sale. All dates are listed below...