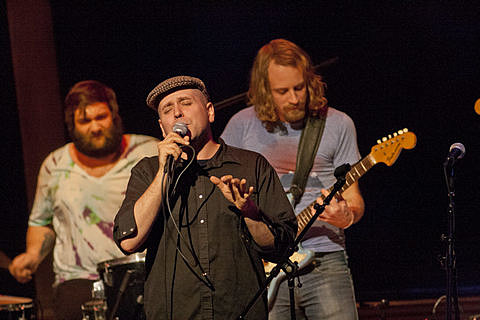 One-man-band extraordinaire, Mark Sultan, just played the John McCauley and Friends show at Zankel Hall in NYC (his Rocks Off boat show later that night got canceled) and will be on tour for most of the fall, some of which will be as part of King Khan & BBQ Show and you can watch a video preview they made just for their dates, which don't include NYC unfortunately. New York, however, will get Sultan solo at Union Pool on December 7 with Ex-Humans and Pampers. All Mark Sultan dates are listed below.

The King Khan and BBQ show - Reunion love is in the air 2012 from David Leclerc on Vimeo.