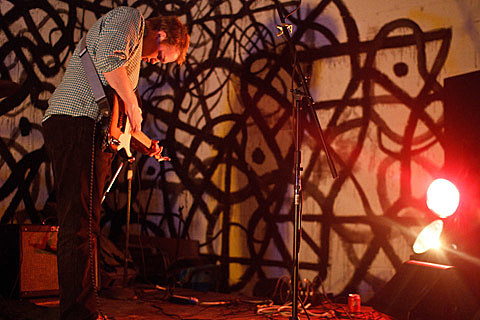 As discussed, Denton punk greats The Marked Men are returning to NYC for two shows here at Saint Vitus on February 7 and 8, their first appearances here in eight years (presented by Noisey). The lineups have just been announced for both shows: the first night, which is sold out, will be opened by Future Punx and an unannounced guest, and the second night will be opened by Iron Chic, Radiator Hospital and Worriers. Tickets for that excellent four-band bill go on sale Friday (1/10) at noon.

You can also catch Radiator Hospital a few days after that show at the Double Double Whammy showcase at Shea Stadium on 2/12 with Generifus, Frankie Cosmos, Crying and Quarterbacks.

And not long after that show, Iron Chic will begin a tour in Brooklyn on February 21 at Acheron with Chumped, Earworms and more TBA (tickets).

Speaking of Chumped, they recently announced a tour with Brooklyn's Adult Dude which includes a local show on February 1 at Lulu's (113 Franklin St) with Jawbreaker Reunion and Island Twins. Admission is free and so is the pizza. All dates on that tour are listed, along with the Lulu's show flyer and tour flyer, below. 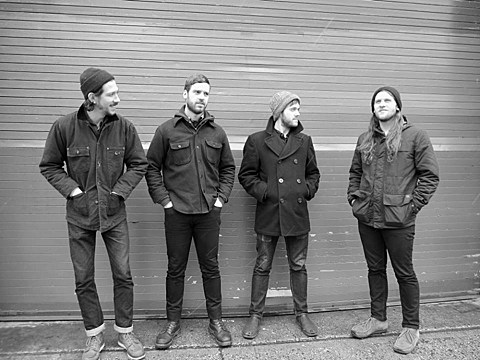 We've written about Chumped a few times, but if you haven't listened to Adult Dude yet, they're very worth checking out as well. They released an EP, simply titled EP, back in July and it brilliantly mixes Dinosaur Jr-isms (drawling vocals, big riffs) with melodic Superchunk/Thermals-style punk. For five tracks clocking in under ten minutes recorded by a band who had only been around for just over a year, there's some pretty big statements packed in there, and hopefully this only means more great material is to come. You can stream the EP in full below and download it (name your price) at bandcamp. You can also catch Adult Dude before the Chumped tour at Bowery Electric on 1/17 with The Tye Trybe, Twin Berlin and The Battery Electric.

All dates are listed, along with streams and flyers, below...

The Marked Men - "All In Your Head" 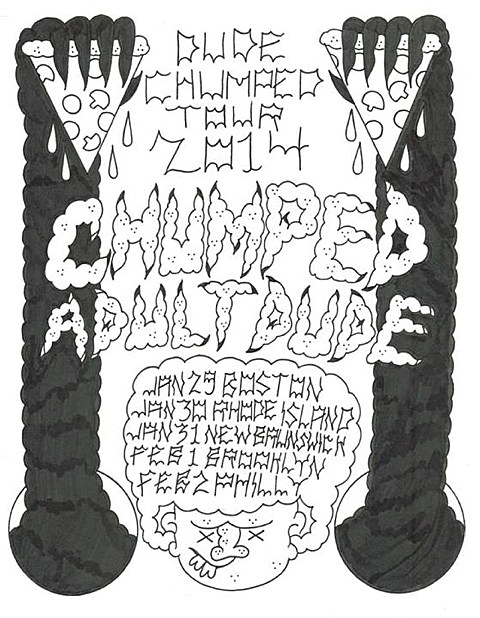 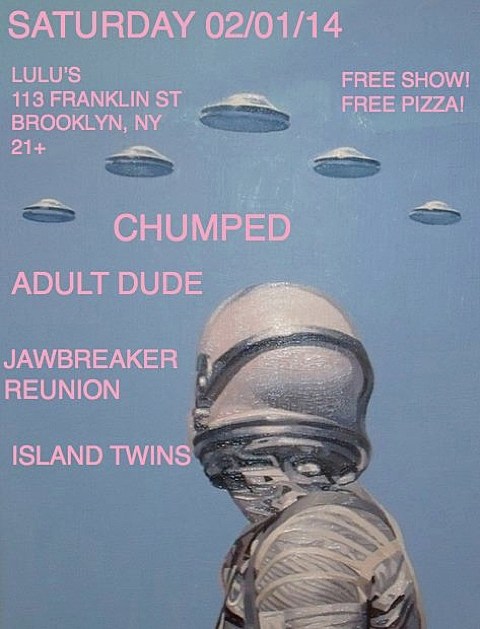