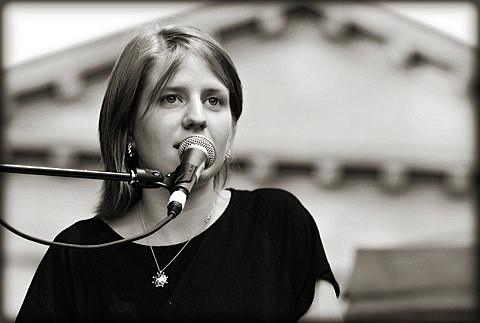 "Marketa Irglova, the 23-year old Academy Award winner and one half of The Swell Season, will be releasing her first full-length solo album, titled Anar, October 11th on Anti Records. Citing references ranging from Otis Redding, to Nick Cave and the Bad Seeds, to the soundtrack from Jesus Christ Super Star, Irglova pulled from numerous influences to create a delicate balance of ethereal vocals and expanding instrumentals on her 10-track debut, including the R&B influenced "Go Back" and heart felt song "Crossroads." " [ANTI]

Check out a trailer for the new album, with a set of fall tour dates (including November 30th at Bowery Ballroom which ON SALE NOW), below....