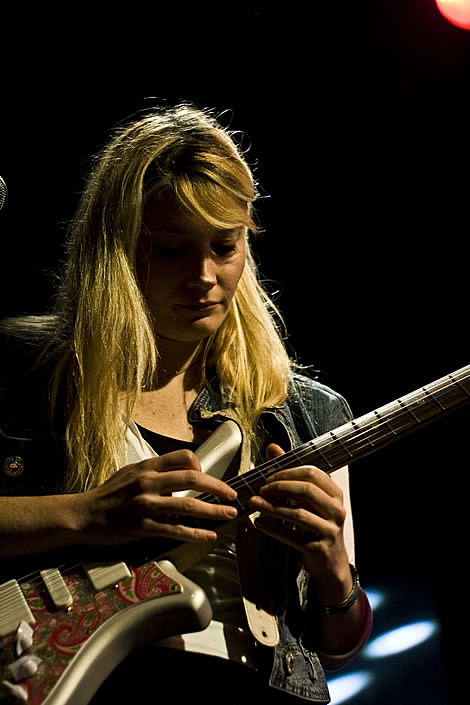 Need to get away from the family this Thanksgiving? Marnie Stern and her fingertappin' toetappers will massage your ears at TWO NYC dates supporting Gang Gang Dance over the Thanksgiving holday weekend. The first is 11/28 with Zs at Music Hall Of Williamsburg (tickets here). The second is 11/29 at Santos Party House with the reunited 18th Dye (tickets here).

It was also just announced that Marnie will be appearing at the NY Cares benefit taking place at Knitting Factory on December 8th with David Cross, Nick Diamonds and others.

Marnie's latest band of merry comrades includes guitarist Mark Shippy of the recently defunct US Maple and ex-Parts & Labor-er Jim Sykes on the kit. Those two spots were previously held at times by Zach Hill (who recently played NYC) and Robby Moncrieff of The Advantage, as well as a friggin' iPod for a short while (the version of her band that sometimes didn't get the best reviews). The Shippy/Sykes incarnation of the Marnie Stern band will be on hand for the upcoming shows this week, and were there to back Marnie Stern on the main stage of the BrooklynVegan Day Party on Oct 25th at The Knitting Factory. That's where the pictures in this post originate.

Admittedly, I never caught Marnie during her Hill/Moncrieff days, but her performance at the BV Day Party left me thinking that Shippy/Sykes added the necessary (seitan) beefy backbone to complement her uniquely cutesy-virtuosic guitar licks... much like the dichotomy of Satomi and Saunier/Dieterich in Deerhoof. Don't get me wrong though, Marnie doesn't just provide the yin to her back-up band's yang... Girlfriend came to shred, and she definitely took care of bidness. Her new album is out now on Kill Rock Stars. Check out video from the show, as well as all Marnie Stern tour dates below... 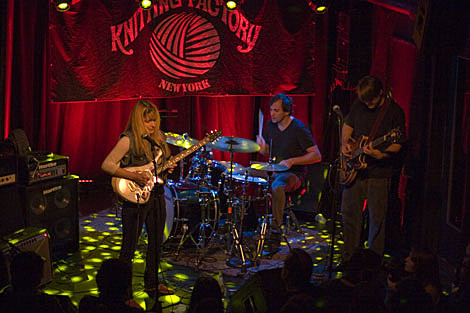 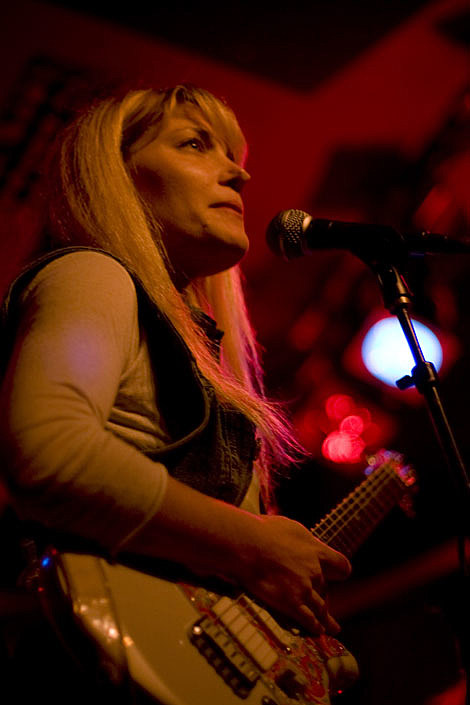 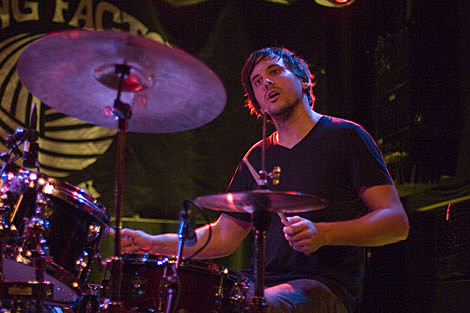 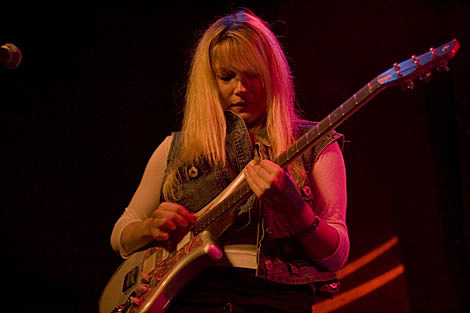 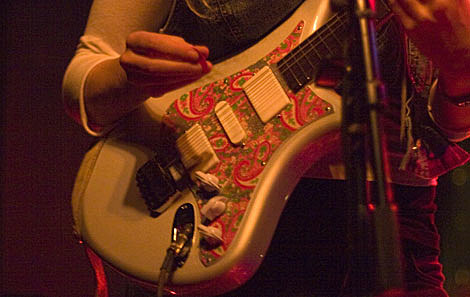 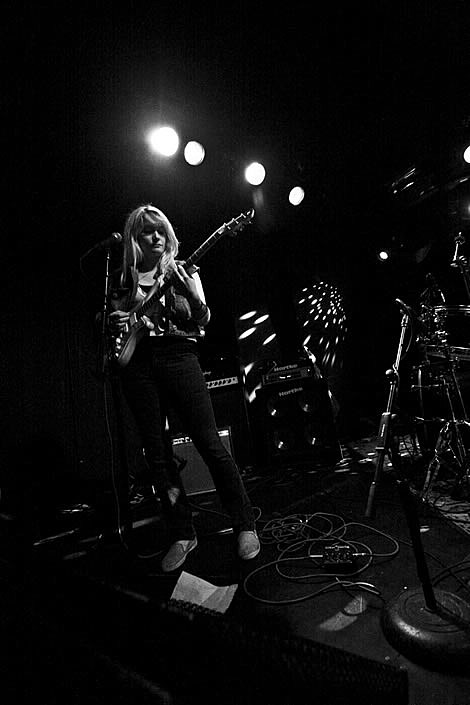 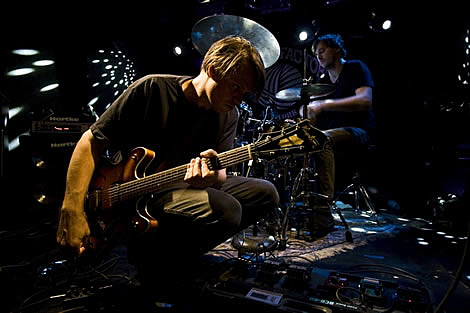 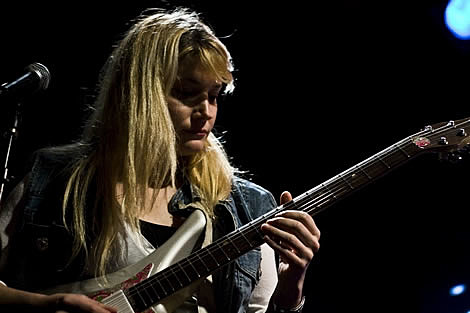 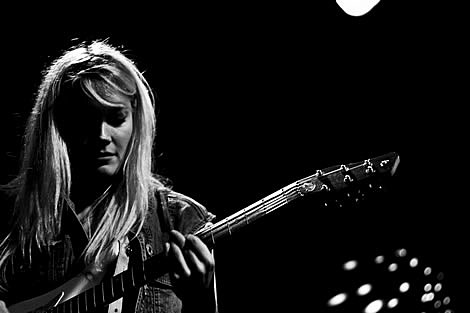 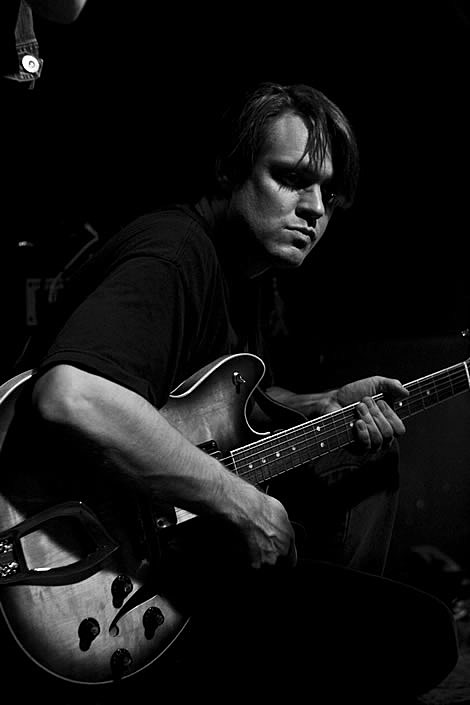 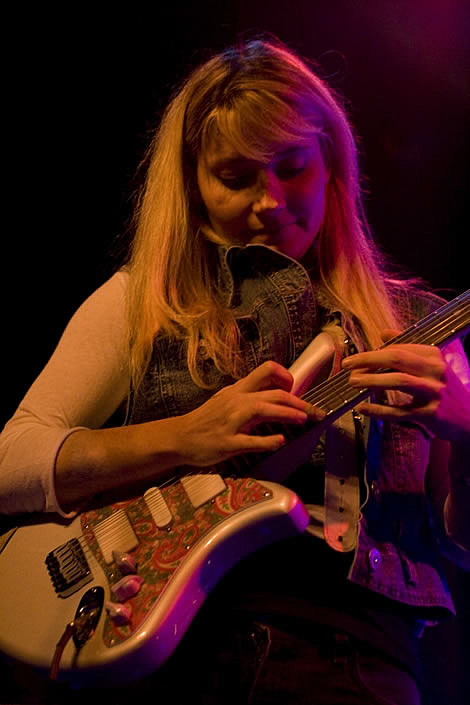 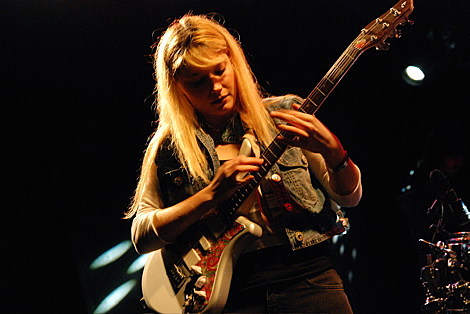 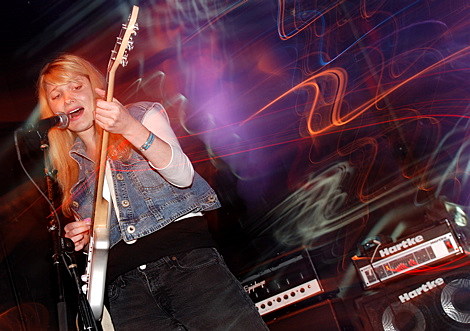 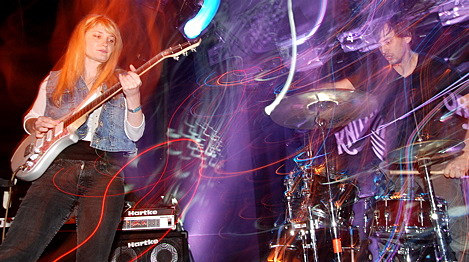 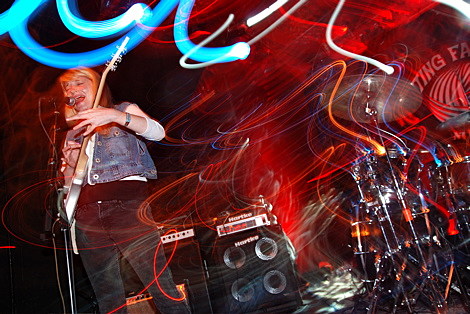