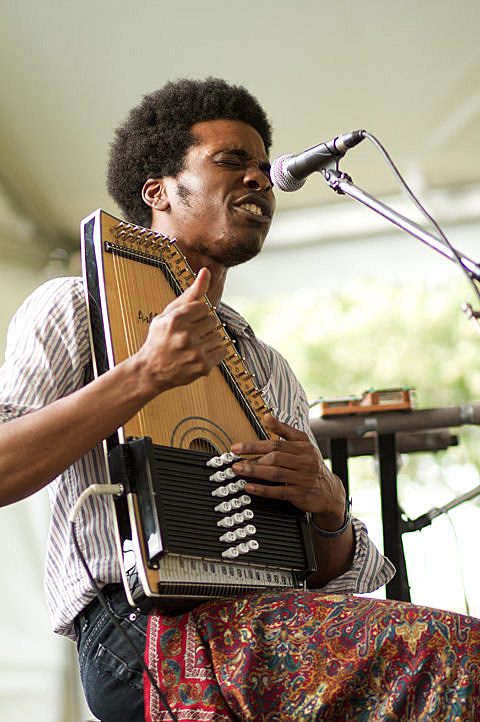 "Marques Toliver, described by chart-topper Adele as her favourite new artist, is a truly exciting new talent on the UK music scene who is starting to gain a committed band of followers and increasingly widespread recognition. Toliver is an incredibly dextrous and accomplished violinist and vocalist who synthesises elements of blues, folk and soul music whilst creating an incredibly fresh sound. At 23 he's already supported the likes of Bat for Lashes and Grizzly Bear, and has been drafted in as a session violinist for some premier indie bands..." [David Champion]

...and as the legend goes, he was "discovered while he was a street performer in NYC by TV On the Radio's Kyp Malone." He's already played Jools Holland, as you can see in one of the videos below.

Marques Toliver is cut from a different cloth. Instead of following the well-paved & lit path of bass-y auto-tune-&-808 R&B, the Brooklyn/UK resident uses orchestral strings and autoharp to dress his soulful creations. Check out a few of tracks from his forthcoming Butterflies Are Not Free EP above and streaming below, and preorder the EP if you feel so inclined.

Toliver made some waves in Austin during SXSW, and begins a two night stay in NYC with an appearance at Cameo TONIGHT (4/11) followed by a showing at The Living Room on Tuesday (4/12). Party with Toliver at Cameo for a cause. The show is a benefit for Japan:

Purely For Japan presents ROCK FOR RELIEF a benefit to aid the people of Japan in light of the recent events.

ALL PROCEEDS WILL GO TO THE NORTHERN JAPAN RELIEF FUND JCCCNC

The difference between JCCCNC and, say, the Red Cross, is that all of the money the center receives goes directly to citizen relief efforts and will also also be used for recovery and rebuilding, long after the big agencies like Red Cross are gone.

JOIN US IN AN EVENING OF GREAT MUSIC AND SUPPORT IN FUND RAISING FOR JAPAN!!!!

All additional tour dates (most of which are in the UK) are below, alongside some song streams... 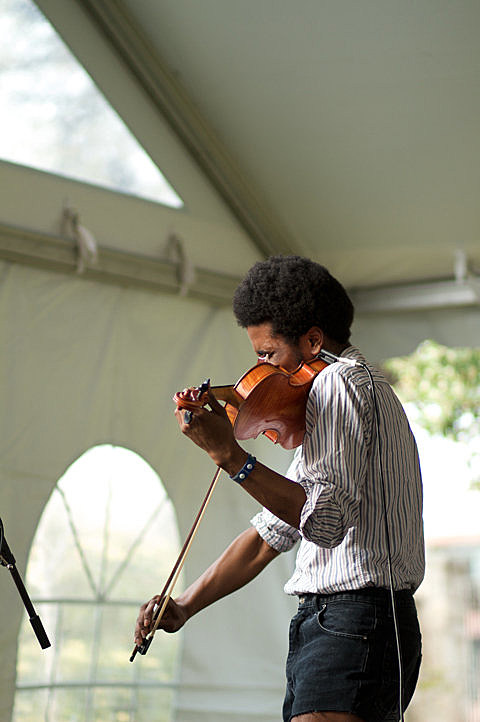 Marques Toliver - Deep In My Heart