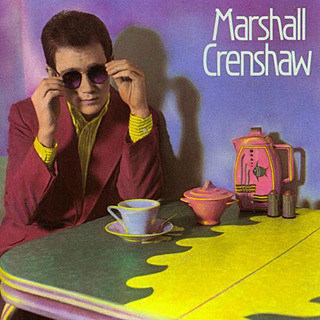 Crenshaw will perform his debut single and his self-titled debut album in sequence, adding as many other hits and favorites as time permits. He will be joined by Yo La Tengo guitarist Ira Kaplan, longtime associate Graham Maby on bass, drummer Josh Dion, and on the 29th by original drummer (and brother) Robert Crenshaw.

According to Crenshaw, "The emphasis in the advertising, etc. has been on my first album but this year actually marks the 30-year anniversary of the release of 'Something's Gonna Happen' on Shake Records, my first record, and a really, really darn good one, produced by the late Alan Betrock and myself. Therefore, this year marks my 30th year as a recording artist . . . amazing. It's crazy!!"

That's the description of the Marshall Crenshaw shows happening at City Winery on April 29th (tonight), April 30th and May 1st.