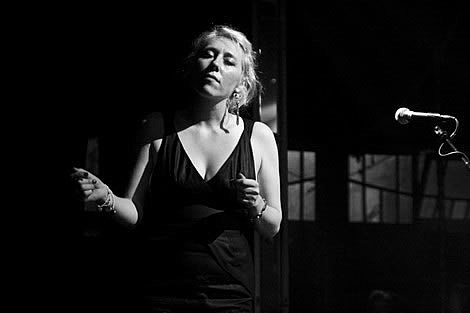 Martha Wainwright has sung the songs of Edith Piaf in the past, and she'll do it again for three shows on Sunday, June 14th and Monday, June 15th at Dixon Place Theater (161 Chrystie St). Tickets are still on sale for the Monday 10pm show.

She'll be recording the sets with producer Hal Willner for a live record; her band will include electric guitarist and multi-instrumentalist Doug Wieselman, bassist Brad Albetta and pianist Thomas Bartlett (aka Doveman - who's got his own show Thurday, June 18th at Le Poisson Rouge with Sam Amidon and members of the National).

Just a few days later, on Wednesday, June 17th, some other Wainwrights (Loudon Wainwright III, Sloan Wainwright and Lucy Wainwright Roche) will perform a free "Wainwright Family Concert" at the Madison Square Park Oval. Martha and Rufus are not on that bill, but they are playing the "Not So Silent Night" show set for December at London's Royal Albert Hall with the McGarrigle side of their family (Martha + Rufus = children of Louden + Kate McGarrigle). Tickets are on sale. Poster below.

Martha will also play two free outdoor NYC shows of her own this summer. She's appearing at part of the Tribute to Sly and the Family Stone at Castle Clinton on Thursday, July 16th. Then on August 14th and 15th, she'll play Central Park Summerstage with Morphoses and the Wheeldon Company. That night is billed as...

A very special evening of dance and music that will feature a world premiere by choreographer Christopher Wheeldon, set to new music by Martha Wainwright, both commissioned by City Parks Foundation.

Finally, out in Long Island near the end of the summer Martha will play the The Watermill Center in Watermill, NY on August 29th with brother Rufus and Norah Jones, who'll sing together for the first time. Martha will play songs from her Edith Piaf project. Tickets are on sale.

Videos of Martha doing her Edith Piaf thing, with all tour dates and "A Not So Silent Night" poster, below... 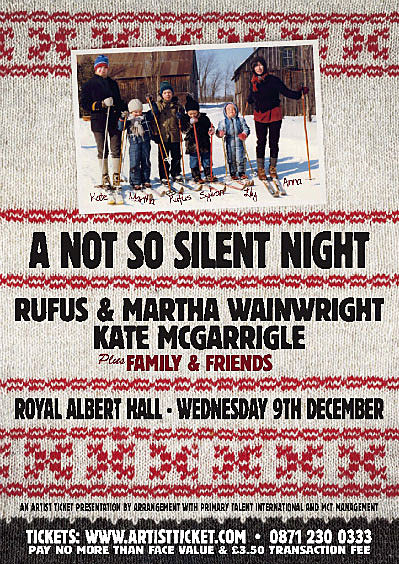