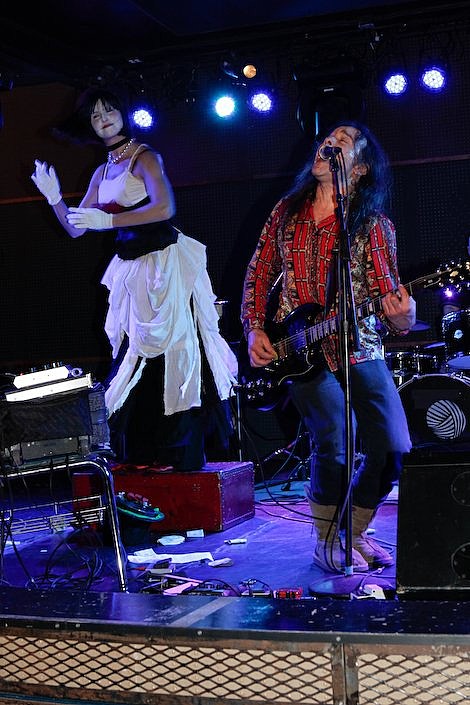 Martin Bisi played the first half-hour of his set as a suite, segueing from one part to another by frantically laying down one searing loop of guitar feedback on top of another. This time Bisi's band had lead guitar, bass, drums and a caped crusader wailing frantically on what sounded like a little Casio running through a million noisy effects, sharing the stage with a woman whose graceful miming quickly became the show's focal point. In a strange twist of fate, Bisi, like Visconti, is best known for producing great albums for famous bands (Sonic Youth, Herbie Hancock, the Dresden Dolls, ad infinitum), but ultimately it's his songwriting which is his strongest suit. This evening's numbers had a distinctly early 80s, East Village feel, sort of Nick Cave as covered by Blue Oyster Cult, ornate and haunting but also with a sense of humor that ran from cynicism to unaffected amusement. About halfway into his suite he ran through the mythology-based Sirens of the Apocalypse (title track of his excellent 2008 album), barrelling through the lyrics without a pause to take a breath. A more recent track, Drink Your Wine came off with an irresistible sarcasm, a word of warning to a lightweight; a dedication to his daughter, far from being mawkish, was a dark garage rocker evocative of the Libertines but tighter. They finally closed their set with a big riff-rock anthem that threatened to burst into flame after it had finally gone out, but it didn't. The audience wanted more but didn't get it. [Lucid Culture]

That review comes from the December 27th show at Knitting Factory where Martin shared the bill with Larkin Grimm who had Tony Visconti on bass. Extra Life and HUMANWINE also played the show

Larkin and Martin again share a bill this Sunday (1/24) at Mercury Lounge. Susu and Snowbaby are both also on the bill. Brian Viglione of the Dresden Dolls will be playing drums for Martin at the show. Bob D'Amico plays drums for Martin on one of the two free tracks above. More pictures from Knitting Factory below... 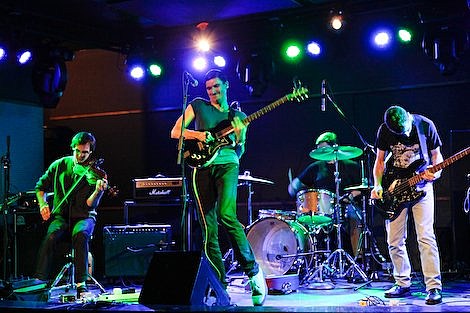 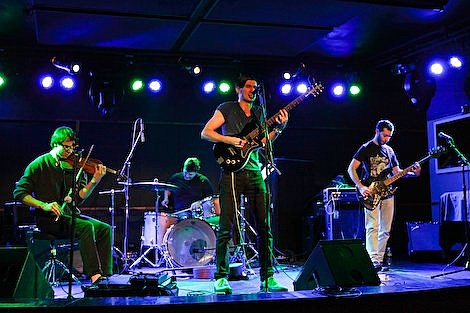 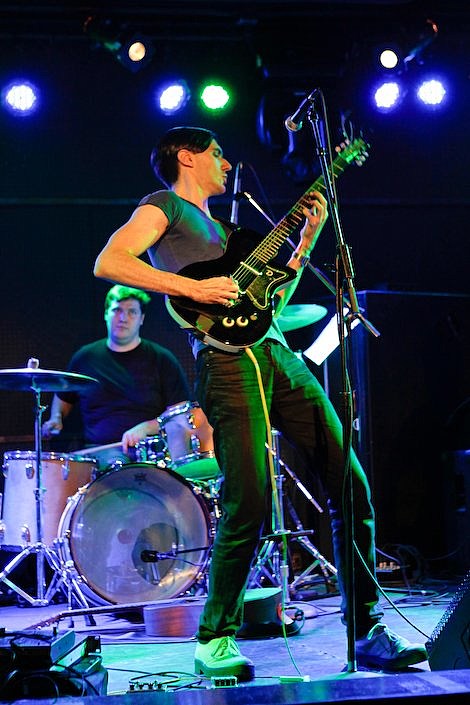 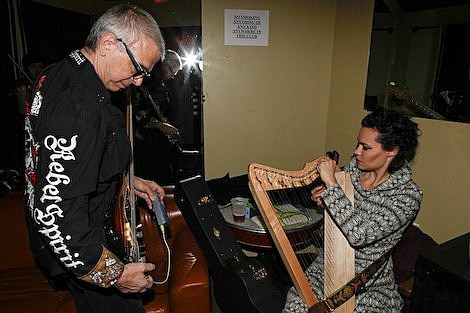 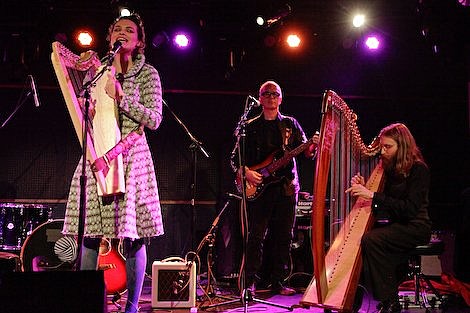 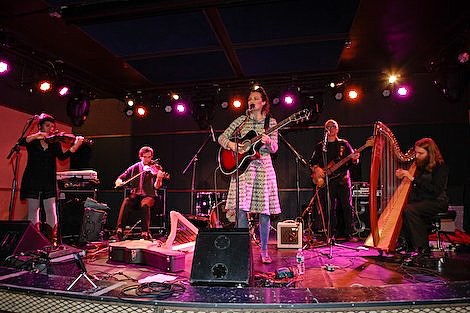 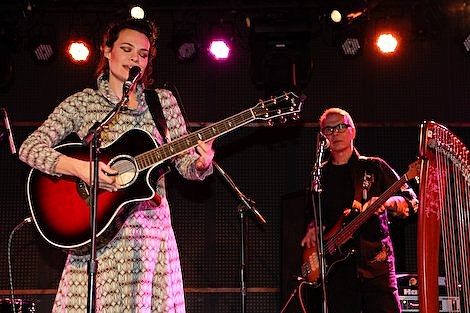 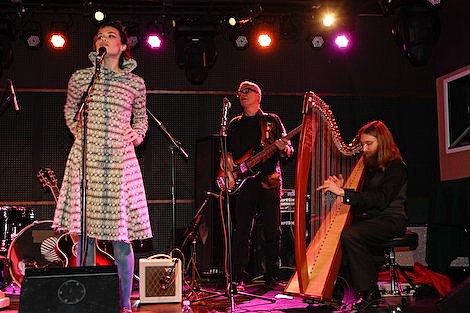 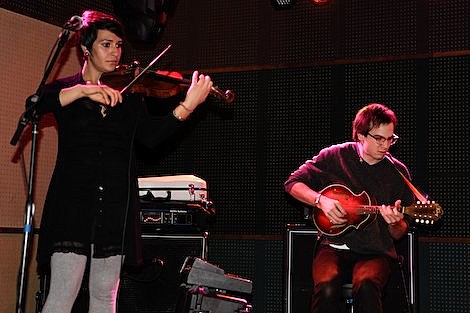 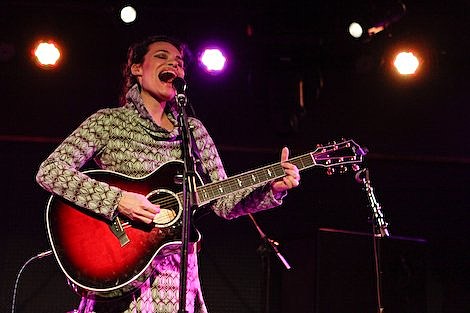 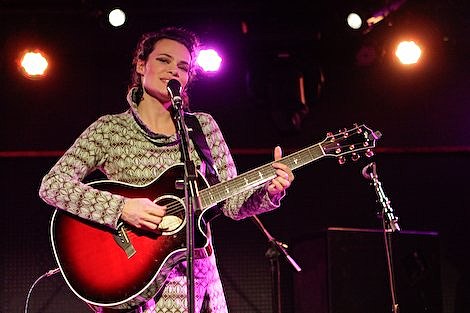 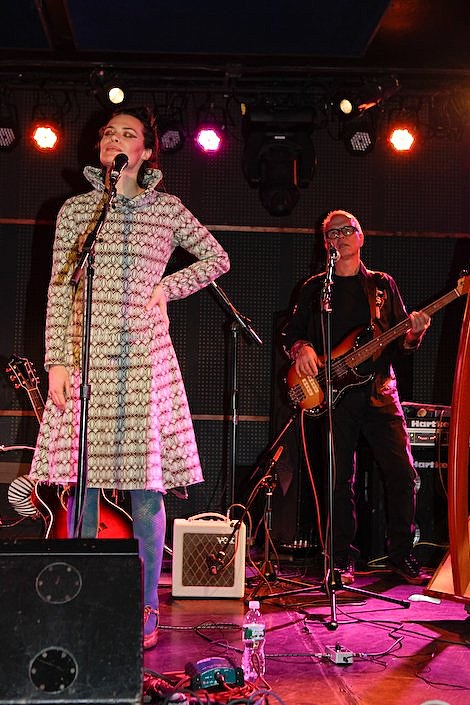 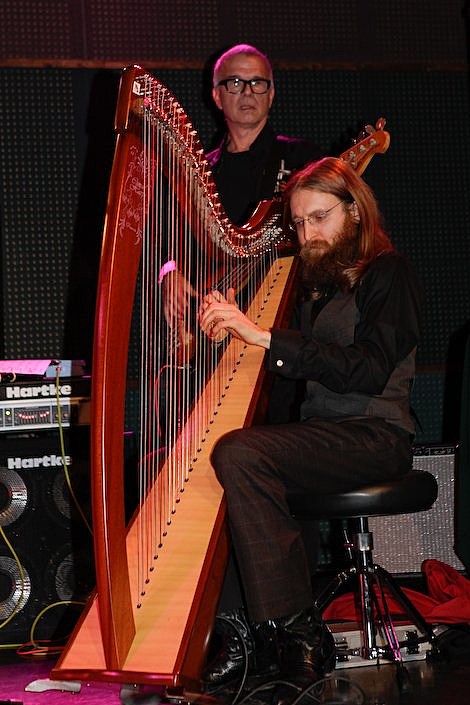 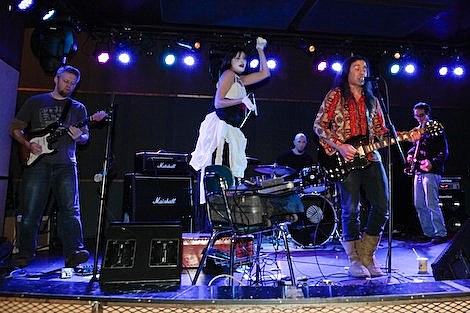 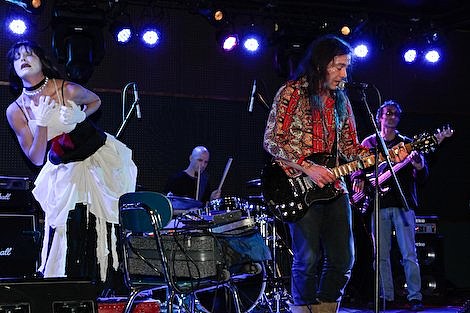 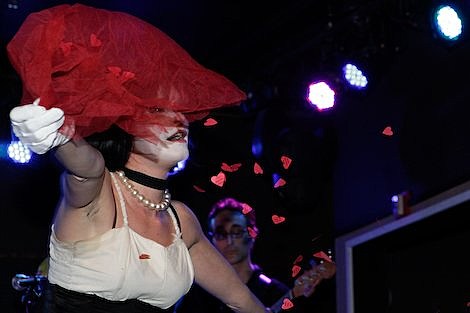 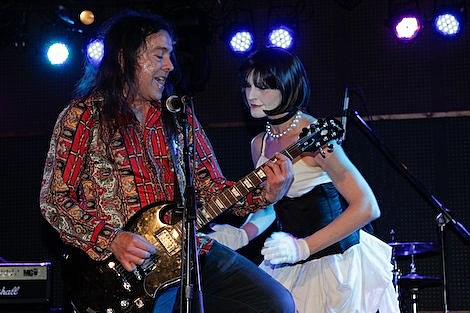 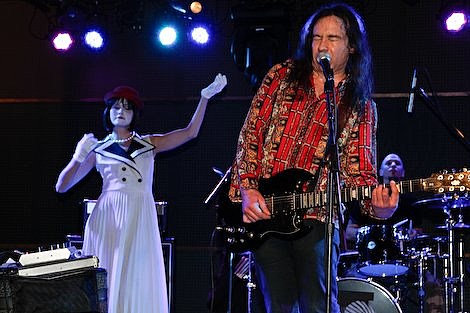 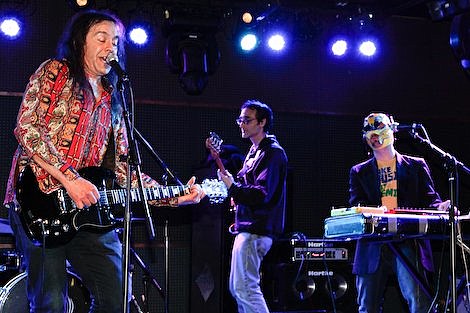 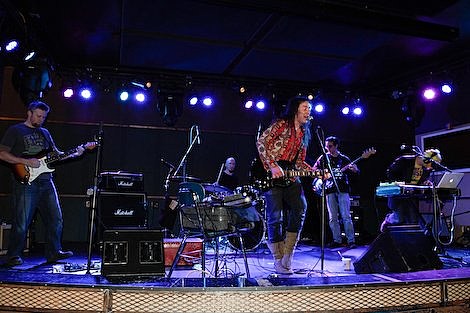 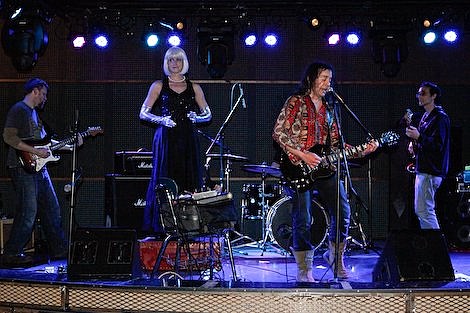 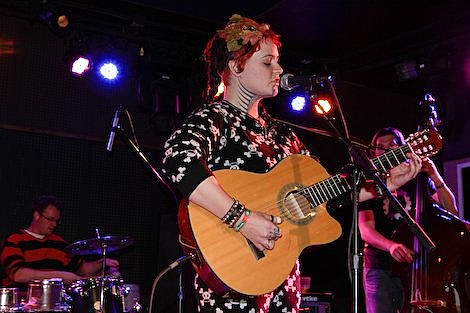 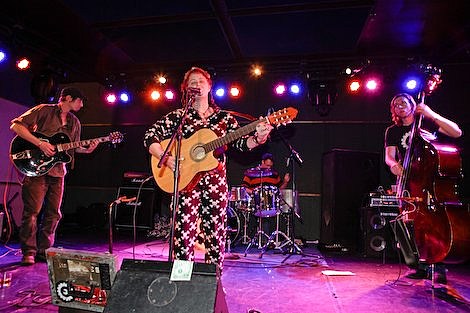 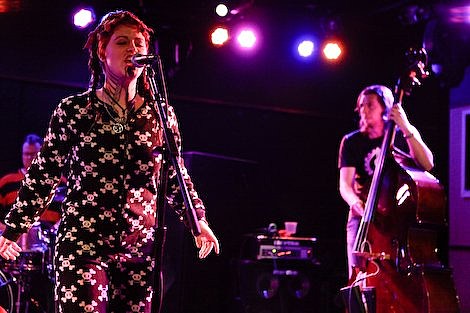 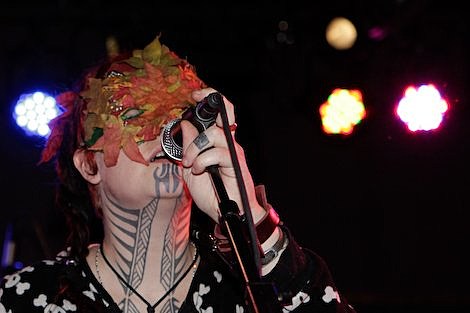 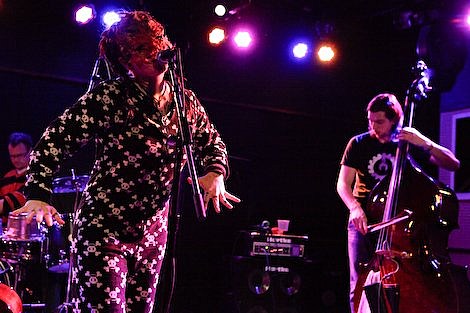 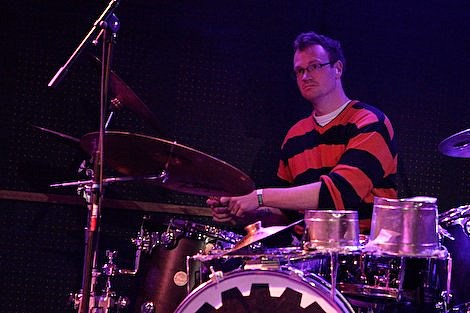 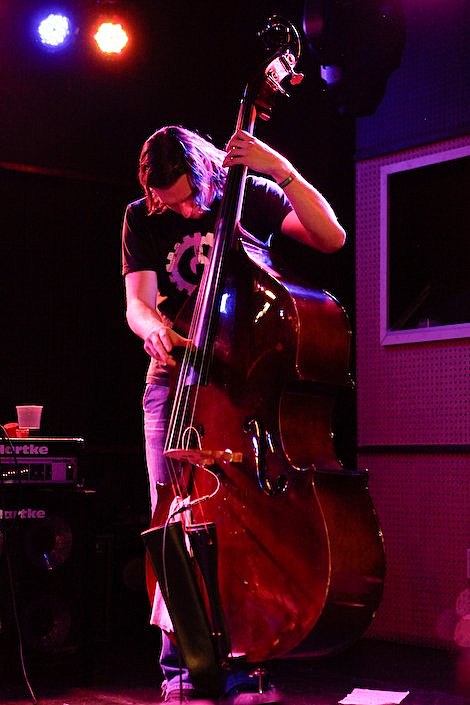 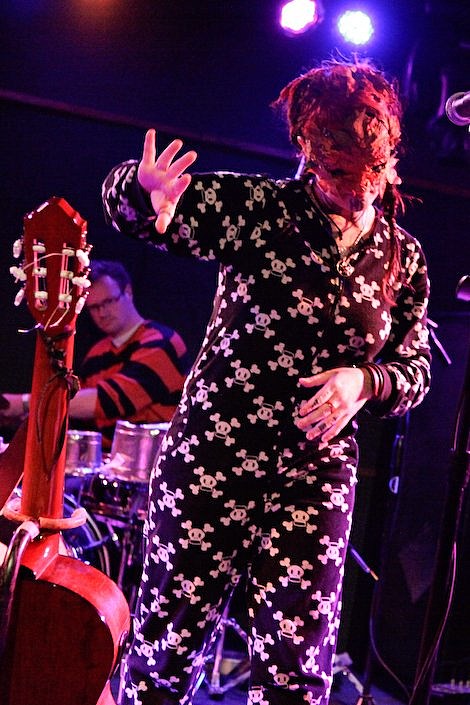