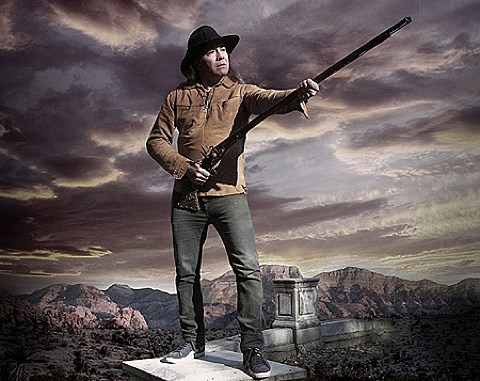 Martin Bisi is releasing a new solo record this week (4/15) called Ex Nihilo on La Société Expéditionnaire Records. From the sounds of its two singles, "Sin-Love-Hate" and "The Mermaid Queen," it sounds like Ex Nihilo is gonna be more of the weirdo stuff we've come to expect from Bisi. The latter is a Bowie-ish art rocker with operatic female vocals courtesy of Amanda White, and the former sees Bisi in spastic freak mode not unlike his past collaborator Michael Gira. Check them out by downloading above or streaming below.

Martin will celebrate the new album with a release show in NYC at Glasslands (4/15) the day it comes out. That show has a great lineup all around, with some of Martin's friends including Larkin Grimm, a White Hills side project called (wait for it) Black Valleys, and a side project of Eula (whose members just collaborated with Bisi at Bowery Electric last month) called Parlour Walls. Tickets for the release show are on sale now. Martin Bisi also has a US tour planned for late May and a European tour for early June. All of his dates are listed below.