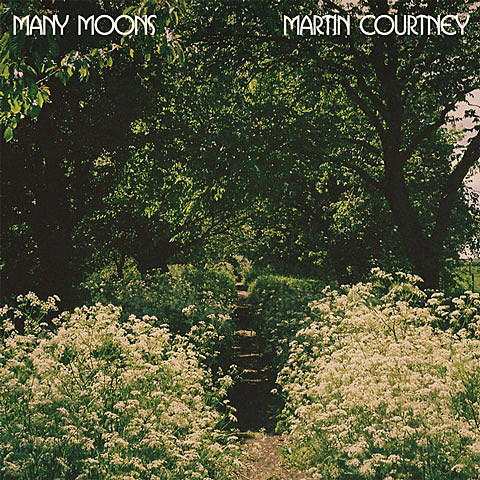 Real Estate frontman Martin Courtney released his first solo album, Many Moons, today via Domino. As I've written before, the record isn't all that different from what Real Estate do, but Martin's strapping on the acoustic -- plus nice use of mellotron -- give Many Moons a lovely, light touch. The album goes down easy but is satisfying too, and I find myself letting the whole thing repeat. There's not a bum track of the 10, though the ones farthest from Real Estate (the back-to-back "Foto" and "Vestiges") are the most memorable. It's a terrific album and you can listen to the whole thing below.

Martin and the band (which includes Woods' Jarvis Taveniere and Doug Keith of Sharon Van Etten's band) also stopped by Tom Sharpling's The Best Show this week to talk and play live ("Northern Highway," "Vestiges," "Airport Bar") and you can listen to that here. Martin's segment starts at 1:52:10.

You can catch Martin Courtney live at his NYC record release show which happens at National Sawdust on November 20 with J.R. Bohannon. He was one of the real highlights of our CMJ day parties, and National Sawdust's unique setting should make for a great show. Tickets are still available.