Kid Congo Powers was the MC and Delta 72's Gregg Foreman (who played keys for the whole shebang) was the musical director for the night, which was broken into two sets. Highlights included Jesse Malin who performed "Frankie Teardrop," and Eugene Hutz who performed "Ghost Rider" -- both of them really channelled Vega's infamously gonzo performance style.

When Alan Vega's son, Dante, came out to perform "DTM" and "Screaming Jesus" with Vega's wife, Liz Lumere, the Vacant Lots' Jared Artaud, and Perkin Barnes, they brought out one of Alan Vega's jackets, and hung it on a mic stand. "Alan is definitely with us tonight." The night ended with Martin Rev and Ric Ocasek performing the classic "Dream Baby Dream." A picture of the setlist is below and pictures from the whole "Suicide Sally" tribute are in the gallery above. 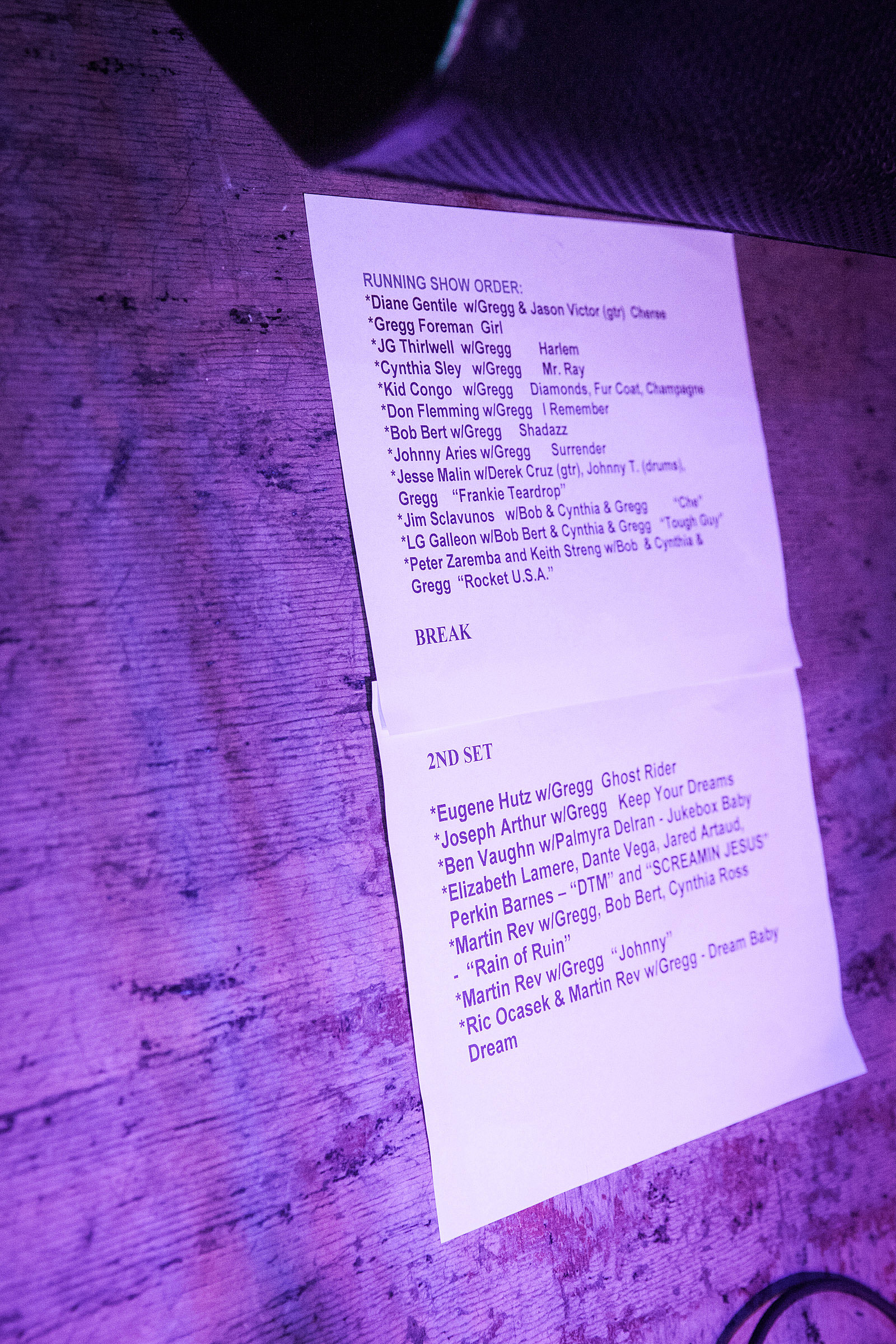