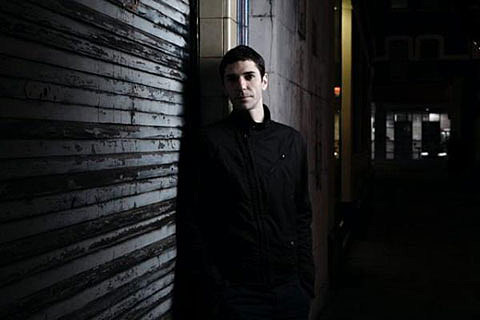 Martyn began DJ and promoting d&b nights in Holland as far back as 1996, but it was as recent as three years ago that his production began to be recognised. He had releases on Marcus Intalex's Revolv:R, both d&b and dubstep-- fitting since Marcus Intalex released one of the first deep house inspired dubstep-esque singles "Taking Over Me" as far back as 2000. But while Martyn bought into early Wookie material, it wasn't until Kode9's "Sine of the Dub" that Martyn took notice of dubstep. "I heard that record and it fitted right into some of the music I was hunting down at that time such as the reggae/techno from Berlin like Rhythm & Sound, Main Street and Basic Channel," he explains. [Pitchfork]

Martyn released his second LP, Ghost People, last month via FlyLo's Brainfeeder label. The album is full of hollow dubstep beats in the vein of Kode9, who is mentioned above as one of Martyn's influences, and features guest vocals on the first track by Spaceape, who collaborated with Kode9 in 2006 for the pioneering Memories of the Future album, and again earlier this year on the duo's followup, Black Sun. But what really makes Ghost People a memorable listen is the way he works in his house influences. He can come out sounding like a better version of Deadmau5's early material (before he began taking a much frattier direction). The songs layer four-on-the-floor beats with more off-kilter ones and almost always use percussion in the forefront of the song, with a sparse melody in the background. The one exception is the album's especially house-y closing track, "We Are You In The Future," which opens with a catchy bouncing synth line that gets built off for almost 9 minutes, and is by far the longest track on the album. The album track "Viper" is available for download above.

Martyn's only got one North American date coming up and its The FIXED Holiday Bash at Public Assembly on December 16 with Jonas Reinhardt (live), Andrew "The Wiz" Potter, Ulysses, JDH & Dave P, and a back room hosted by Throne of Blood. Tickets for the show are on sale now.