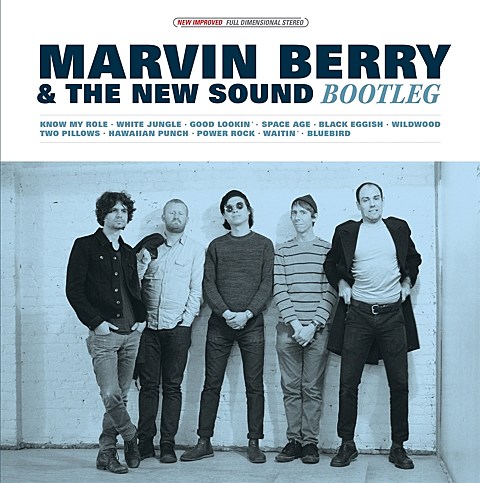 Brooklyn garage rockers Marvin Berry and the New Sound have been playing around their local scene for a while now, and they've just signed to Don Giovanni Records (Screaming Females, Waxahatchee) who will release their debut full length, Bootleg, on February 25. There's hints of '60s garage rock and '70s power pop on the album's first single, "White Jungle," which you can stream below. That's the artwork above.

Marvin Berry and the New Sound were supposed to open for Swearin' at their Rough Trade show (3/7), but they've since dropped off that show and added a record release show happening on February 21 at Union Pool with Liquor Store and Hector's Pets. Admission for that show is $8 at the door.

In other Don Giovanni news, they've put a bunch of stuff up for action on eBay including artwork by Marissa Paternoster (Screaming Females, Noun), test pressings of DG releases, and more.

Don Giovanni also do their annual Brooklyn showcases on 2/6 at Death by Audio and 2/7-8 at MHOW with Screaming Females, Laura Stevenson, California X, Priests, Tenement, Night Birds, Worriers and more. Tickets for DbA and MHOW (including a 2-day pass option) are still available.