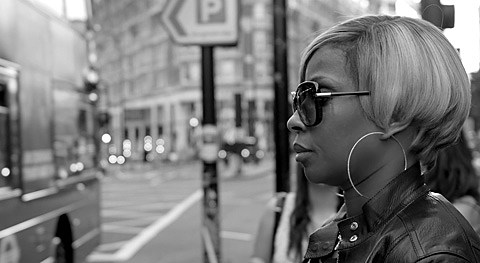 The 2015 Tribeca Film Festival happens April 15 - 26. While Monty Python's appearance is getting the most attention right now, there's lots of cool stuff happening that doesn't involve people yelling "Spam" a lot. Specifics, like screening dates and locations, won't be announced till next week (3/18) but include:

Documentary Mary J. Blige - The London Sessions was filmed while the veteran R&B singer was making her 2014 album that featured collaborations with Sam Smith, Disclosure, Emeli Sandé, Naughty Boy, and Sam Romans. The screening, which happens at Beacon Theatre (date TBA), will be followed by a performance by Mary J. Blige herself.

On the comedy nerd tip, the RiffTrax crew (aka former Mystery Science Theater 3000 writers/performers Mike Nelson, Kevin Murphy and Bill Corbett) will be cracking jokes live to the Tommy Wiseau's magnum opus The Room. Part of TFF's 'Midnight' series, this will be the Rifftrax crew's first-ever live show in NYC.

Also part of the Midnight series is a screening of Gerard Johnson's Hyena that features a score by The The; and Stung, a thriller about giant wasps.

Plus: The life, career, music and 2009 death of DJ AM is examined in As I AM: the Life and Times of DJ AM; and In My Father's House which Chicago rapper Che "Rhymefest" Smith attempts to reconnect with his estranged father; and Michael Winterbottom and Russell Brand's world financial crisis polemic The Emperor's New Clothes.

Orion: The Man Who Would Be King

And also: Slow West, a western starring Michael Fassbender and Ben Mendelsohn that was written and directed by former Beta Band/Aliens member John Maclean; and documentary Orion: The Man Who Would Be King the bizarre, true story of Jimmy "Orion" Ellis, an unknown singer who in the late '70s was "plucked from obscurity and thrust into the spotlight as part of a crazy scheme that had him masquerade as Elvis back from the grave."

Tickets to most TFF screenings go on AmEx presale on March 31 at 11 AM with the general on-sale starting on April 6 at 11 AM. Festival passes and some ticket packages are on sale now.