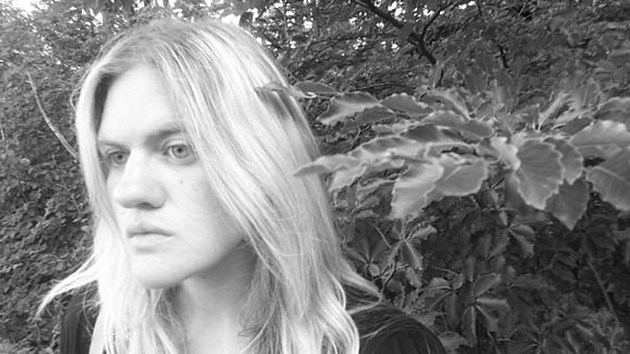 You may know Philly harpist Mary Lattimore from her collaborations with Kurt Vile/War on Drugs producer Jeff Zeigler, Kurt Vile himself, Thurston Moore, Chicago metal band Wrekmeister Harmonies, or more. She also used to be in the band The Valerie Project and has various solo recordings. Her newest solo album, At the Dam, comes out March 4 via Ghostly (pre-order). The first single is "Jimmy V," a gorgeous piece of harp-led ambient music. She sort of does with a harp what Noveller does with a guitar. Check it out below.

She has a few shows coming up, including two in NYC. The first is opening the Bowery Ballroom (2/23) stop of Julia Holter's tour this month. Tickets for that show are still available. Then she's got a release show on album release day at Trans-Pecos (3/4) with a pretty cool lineup. It has a collaborative set from Don De Vore, Michael Beharie and Diamond Terrifier with DROODIS (live PA); plus solo sets from MGMT's James Richardson and Trash Talk's Dave Gagliardi. Tickets for that show are on sale now.

Mary also plays a collaborative set with Quilt at Marfa Myths in Texas. All dates are listed, with the new song, below...