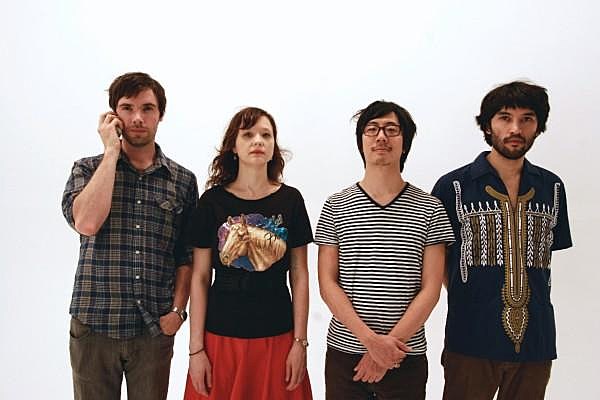 Mary Timony is a D.C. Rock legend. She was in the bands Autoclave (Dischord Records) and Helium (Matador Records) before embarking on a solo career that has seen her put out albums on Lookout! Records and Kill Rock Stars. In addition, she has been involved in Stephen Merritt's side project 'the 6ths' and had another side project with Carrie Brownstein of Sleater Kinney called the Spells. Her newest band is called Soft Power, formed with her boyfriend, Jonah Takagi (Benjy Ferree) and friend Winston H. Yu (These United States). [Brightest Young Things

Soft Power (formerly called Pow Wow) played what may have been their first show in DC in June. This weekend they're playing three more shows. That short tour includes an August 1st date at Cake Shop in NYC with Gramercy Arms who also play with them again the next day at T.T. the Bear's in Cambridge. Hot Lava and Hologram also play the Cake Shop gig.

Check out two Soft Power songs, "La La La" and "Izabella," on their MySpace. All dates below...