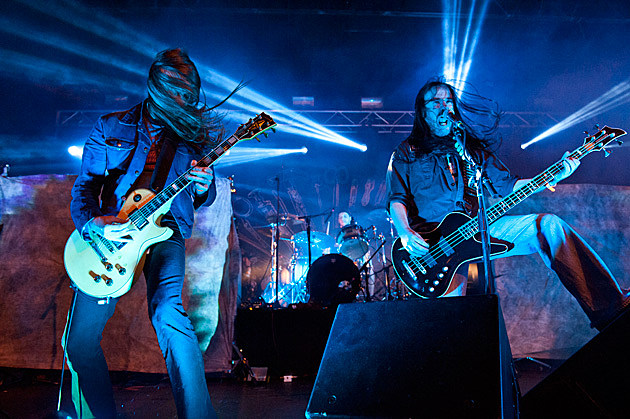 Maryland Deathfest, North America's preeminent metal festival, just announced another batch of confirmed bands for next summer's installment, the fest's twelfth. My Dying Bride, The Church of Pungent Stench, Hooded Menace, Ulcerate, Bölzer and Windhand will be playing the already stacked festival alongside previously announced heavyweights like At the Gates and Gorguts (who just announced a tour with Origin and Nero Di Marte). The fest runs from May 22 - 25, but if you can't wait until then for some MDF action, you can check out some teasers for a forthcoming documentary about the event titled Welcome to Deathfest.

Deathfest will be UK doom vets My Dying Bride's first appearance in the US since 1997 and their only stop on their trip across the pond, so if you want to see them it's Baltimore or bust.

Windhand released their excellent album Soma last month and are on tour in Europe. They'll be back touring stateside soon, though, for a leg of the High on Fire and Kveleretak tour. That tour hits Webster Hall on November 15, but it will be Doomriders (who just released a new song) filling the third slot. Tickets are still available.